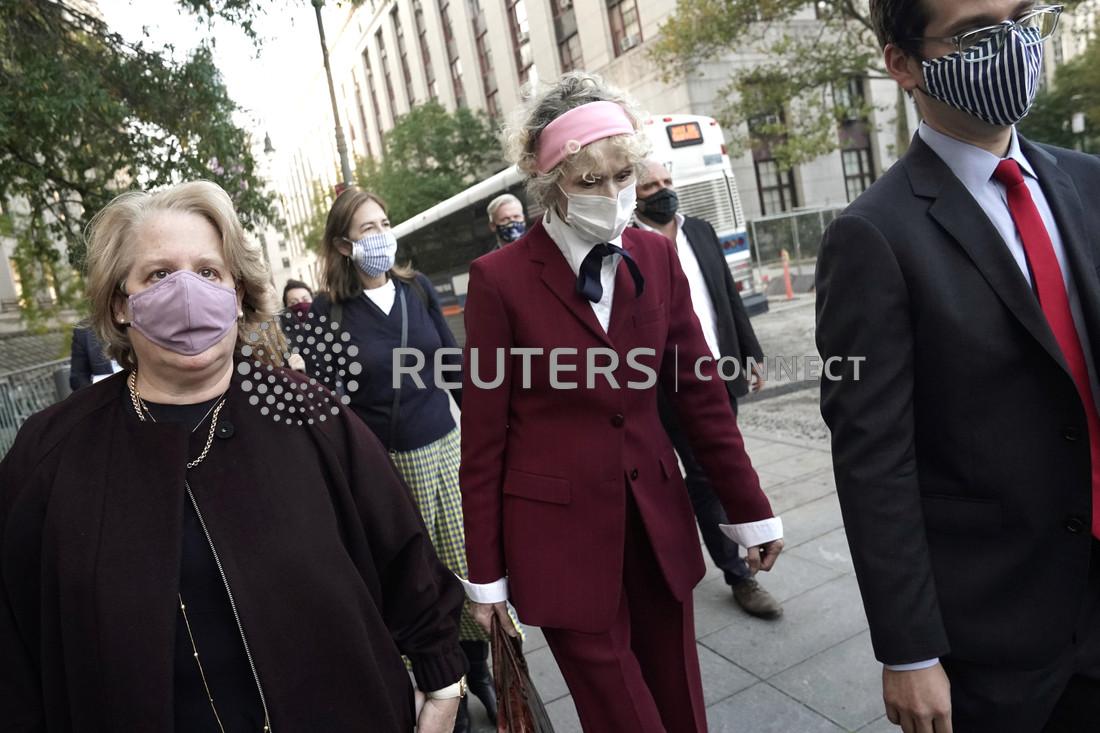 NEW YORK (Reuters) -A writer who accused Donald Trump of raping her more than a quarter-century ago plans to file a new lawsuit against the former U.S. president, whose lawyer called the effort “extraordinarily prejudicial.”

In a letter made public on Tuesday, a lawyer for E. Jean Carroll said the former Elle magazine columnist plans to sue Trump for battery and intentional infliction of emotional distress under New York state’s Adult Survivors Act.

That law, recently signed by New York Governor Kathy Hochul, gives adult accusers a one-year window to bring civil claims over alleged sexual misconduct regardless of how long ago it occurred.

Carroll has accused Trump of raping her in late 1995 or early 1996 in a dressing room at the Bergdorf Goodman department store in Midtown Manhattan.

Trump has denied raping Carroll and accused her of concocting the rape claim to sell her book.

Carroll’s lawyer Roberta Kaplan said her client plans to sue Trump on Nov. 24 when the state law takes effect, and that the claims and Carroll’s existing defamation case against Trump could be tried together in February 2023.

In a letter responding to Kaplan, Trump’s lawyer Alina Habba said Trump “adamantly” objected to combining both cases, after both sides finished gathering evidence for trial, and that it was “extraordinarily prejudicial” to add the new claims.

“To permit plaintiff to drastically alter the scope and subject matter of this case at such time would severely prejudice defendant’s rights,” Habba wrote. “Plaintiff’s request must be disregarded in its entirety.”

Kaplan also said she now wants Trump to testify under oath at a deposition, to better understand his “theory of the case,” despite her saying in February that a deposition wouldn’t be needed.

“To be clear, the deposition of defendant need not take very long,” Kaplan said.

Kaplan’s letter is dated Aug. 8 and Habba’s is dated Aug. 11. They were made public on Tuesday afternoon. U.S. District Judge Lewis Kaplan oversees the case.

Trump faces an array of litigation and investigations, including into his efforts to undo the 2020 U.S. presidential election and refusal to turn over various documents.

In August, Trump invoked his constitutional right against self-incrimination more than 400 times during a deposition by New York Attorney General Letitia James, who is conducting a civil probe into his namesake Trump Organization’s business practices.

Trump and Carroll are still awaiting a decision by the federal appeals court in Manhattan over whether Carroll’s defamation case can proceed at all.

Carroll sued in November 2019 after Trump, then in his third year in the White House, told a reporter that Carroll made up the rape claim and that he did not know her and “she’s not my type.”

Trump has argued that he was shielded from the lawsuit by a federal law that provides immunity to government employees from defamation claims.

Carroll’s lawyers have said they want to obtain a DNA sample from Trump to compare against a dress Carroll claimed to have worn during the alleged rape.