Trump-Kim meeting should be a lesson for Fiji 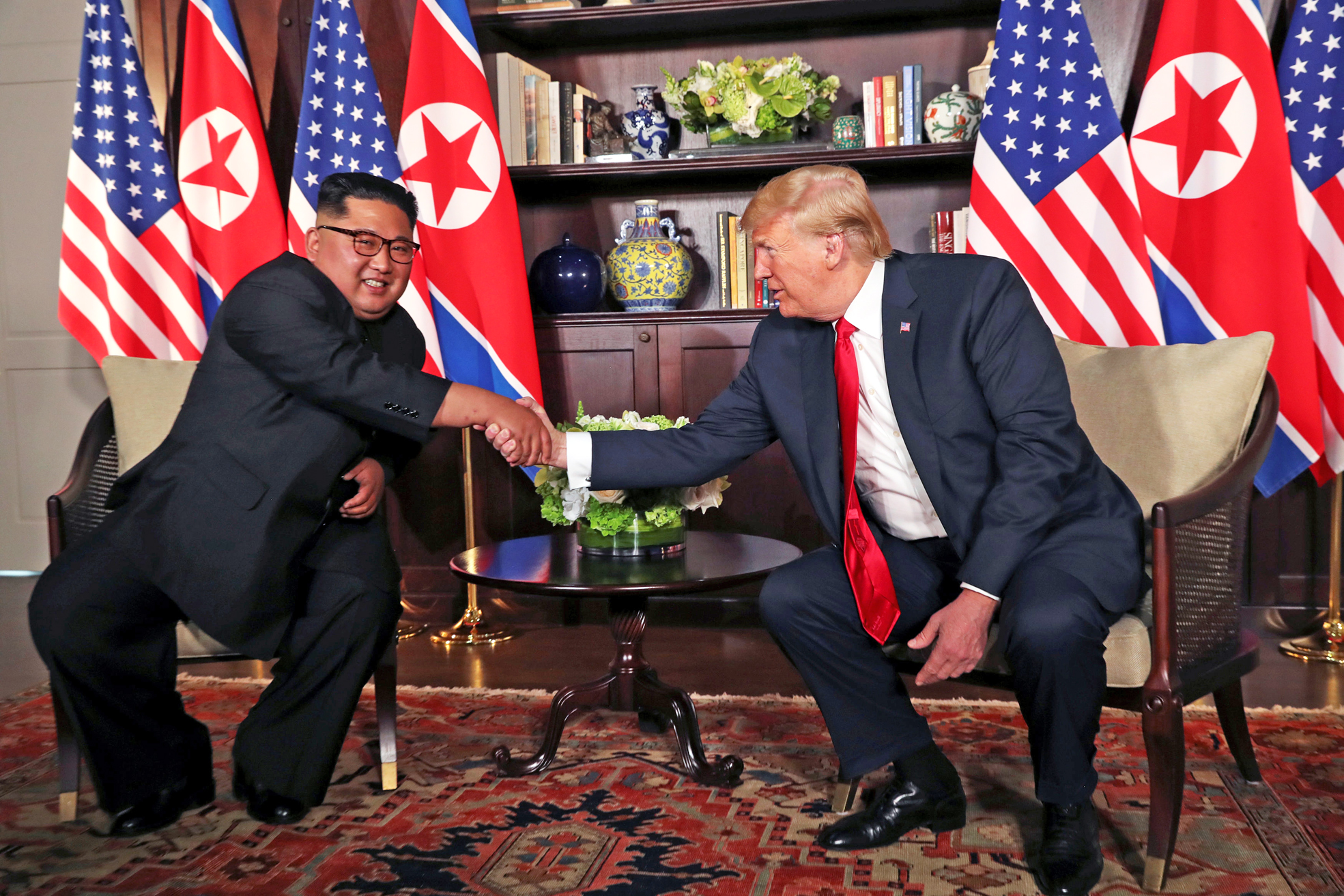 POLITICAL party leaders in the country have welcomed the inaugural meeting between US President Donald Trump and North Korean leader Kim Jong-un, saying the meeting should be a lesson for Fiji.
The two leaders met face to face for the first time at a summit in Singapore yesterday.
Social Democratic Liberal Party leader and former prime minister Sitiveni Rabuka said the meeting was a good sign for the two countries’ relations.
“The meeting is a very welcoming move and it goes to show that President Trump is keeping to his words that he has promised the people,” Mr Rabuka said.
“He is very keen about America’s interest and he is also not a bully.
“We can all learn from that.”
National Federation Party leader Professor Biman Prasad said despite the antagonism of the recent past, the two leaders managed to have the summit and dialogue which was a positive move.
“This augurs well for the possible resolution towards peace in the Korean Peninsula,” Prof Prasad said.
“Dialogue and meetings with political foes should be a strength of political leaders and not weakness. A lesson also for everyone.”
Fiji Labour Party leader Mahendra Chaudhry said he wanted to know the outcome of the meeting first before he could make a comment. Among issues discussed at the meeting, the two foreign leaders also held progress talks as they tried to “solve” the Korean Peninsula stand-off and nuclear talks. President Trump hailed the meeting with the North Korean leader as a “fantastic” one.