Trump has not ruled out sanctions on Chinese officials: official 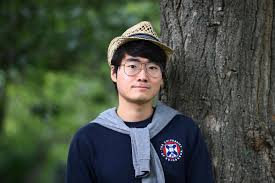 WASHINGTON (Reuters) – U.S. President Donald Trump has not ruled out additional sanctions on top Chinese officials as a result of actions he took on Monday to punish China for its handling of Hong Kong, a spokesman for the White House National Security Council said on Tuesday.

Trump signed the Hong Kong Autonomy Act on Monday. It allows him to impose sanctions and visa restrictions on Chinese officials and financial institutions involved in the imposition of China’s new national security law in Hong Kong.

Bloomberg News reported that Trump has ruled out additional sanctions on top Chinese officials for now so as not to further escalate tensions with Beijing.

“In no way has he taken anything off the table with respect to further sanctions of party officials for actions in Hong Kong or on other issues. Any suggestion otherwise by anonymous sources is flat out wrong,” Ullyot said.

White House discussions are ongoing about potential targets for U.S. sanctions over Hong Kong and no final decisions have been made, according to a person familiar with the matter.

U.S. policymakers have assembled a list of officials at various levels of the Chinese government and Communist Party, the source said.

Among the names being pushed by some congressional China hawks is Hong Kong Chief Executive Carrie Lam, who has backed Beijing’s implementation of a new draconian national security law in Hong Kong, the source said.

“General Secretary Xi Jinping made a choice to violate the Chinese Communist Party’s promises to Hong Kong that were made in U.N.-registered treaty. He didn’t have to do that and he made that choice,” Pompeo told reporters. “We have to deal with China as it is, not as we wish it to be.”