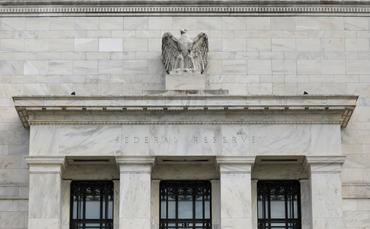 WASHINGTON (Reuters) – Federal Reserve board nominee Judy Shelton faced deep skepticism from Republicans and Democrats on the Senate Banking Committee on Thursday, as lawmakers challenged her independence from President Donald Trump and characterized her thinking as too far outside the mainstream to trust with the nation’s economy.

After the hearing, three Republican senators indicated she had not fully alleviated their concerns – enough to sink her nomination in a committee divided between 13 of Trump’s fellow Republicans and 12 Democrats, who are unlikely to vote in her favor.

Over the course of the roughly two-hour hearing she found herself having to back away from prior views, explain that she would not pursue a common North American currency with Canada and Mexico if confirmed as a Fed governor, and even apologize for comparing a currency forger’s challenge of the federal government’s dominance over money to civil rights pioneer Rosa Parks’ challenge of segregation laws.

“I apologize for the comparison. I truly do,” Shelton said of an incident raised by Alabama Democratic Senator Doug Jones in which a North Carolina man issued millions of dollars of his own precious-metal backed currency. “I believe he was testing the idea” that money needed to be backed by gold and silver, Shelton explained.

“Is that something you want to test?” Jones shot back, summing up committee concerns about past Shelton writings seeming to support a return to something like a gold or other asset-backed standard to keep the value of the dollar stable.

“No, senator,” said Shelton, a member of the Trump transition team and a long-time conservative author and commentator on financial issues.

It was one of a series of pointed exchanges between senators and Shelton, an economist with a long track record criticizing the Fed and questioning, at least in theory, whether central banks can even do the job assigned to them.