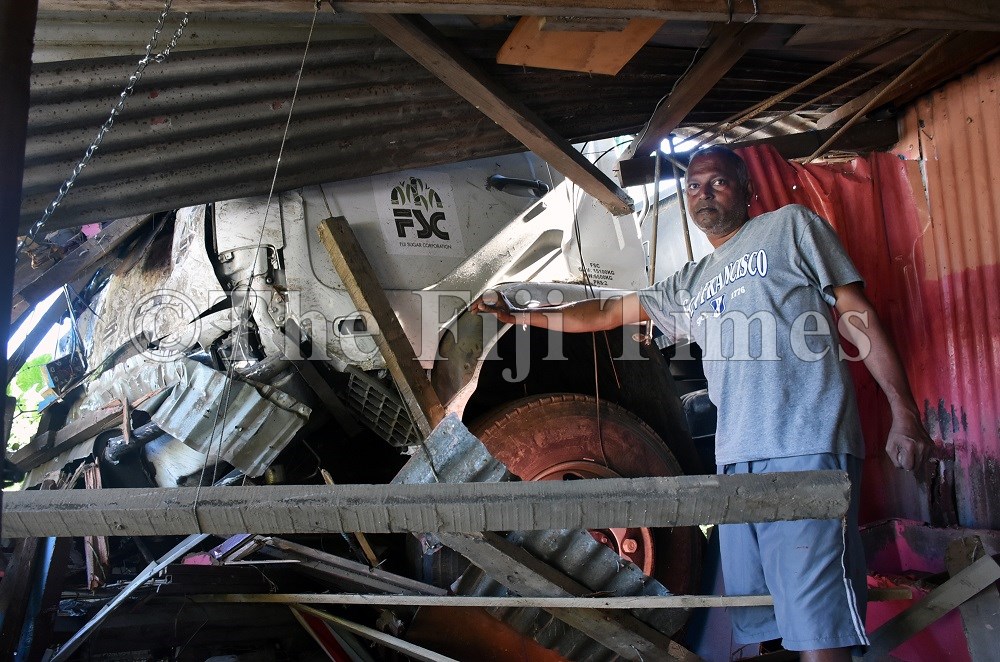 Home owner Rakesh Kumar said he was roused from his sleep when he felt an earthquake-like tremor.

“My grandson, who was brushing by the wash tub located at our porch, escaped serious injuries as the truck came to a stop one metre away from him,” he claimed.

According to Mr Kumar, the damage caused was about $50,000. He claimed the truck driver was 19 years old and escaped in an oncoming taxi.

“I did ask him to produce his driving licence, he didn’t and boarded an oncoming taxi and went away.”

Mr Kumar said FSC has assured they would help rebuild his damaged house.

FSC chief executive officer Graham Clark confirmed the incident and noted there were no injuries.

He said the miller was assisting the affected family.