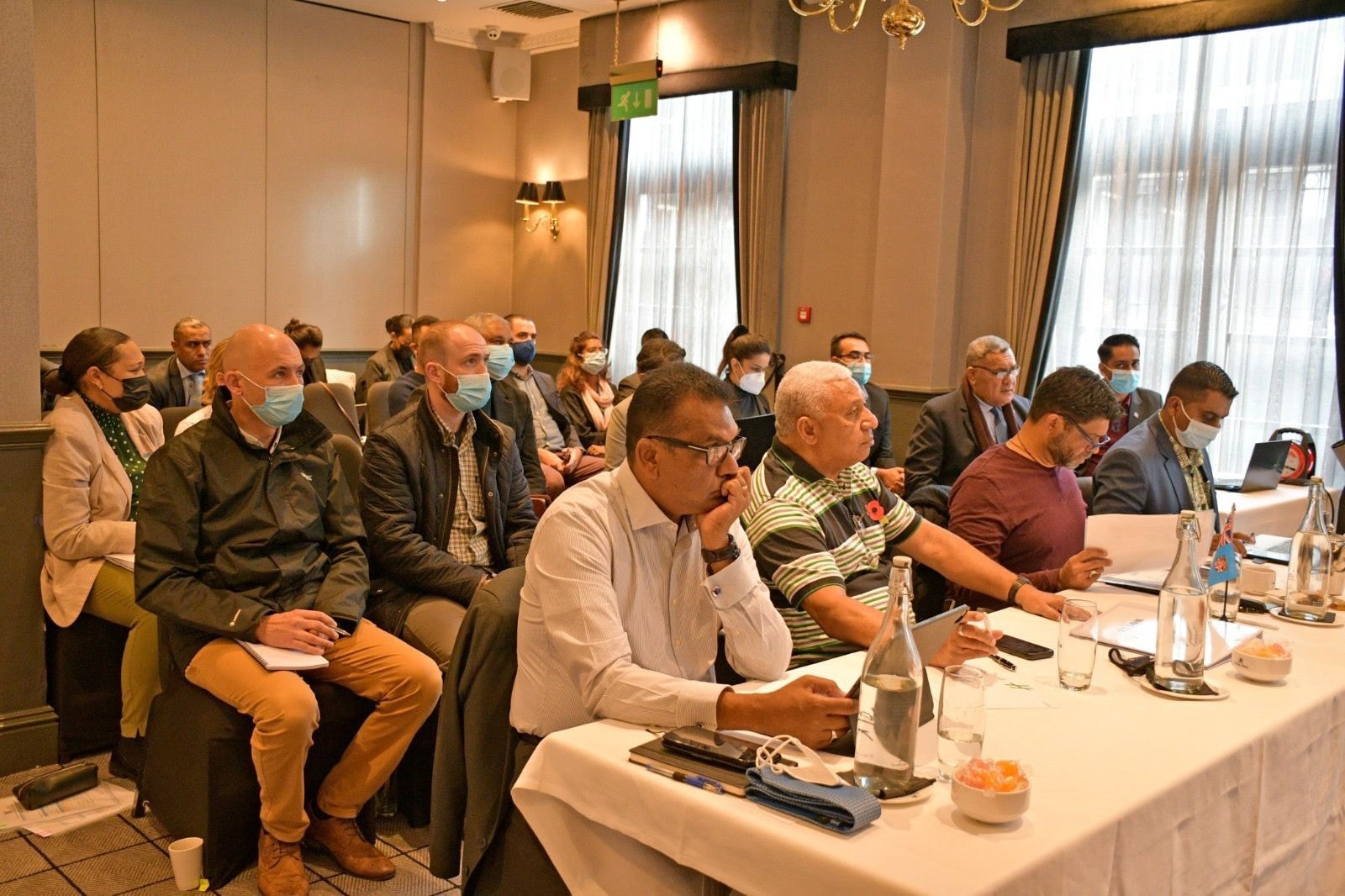 Prime Minister Frank Bainimarama and members of the Fijian delegation getting briefed ahead of the 26th Conference of Parties (COP26) on Fiji’s priority areas. Picture: FIJIAN GOVERNMENT FB PAGE

National Federation Party leader Professor Biman Prasad has hit out at the Government calling for the Prime Minister Voreqe Bainimarama and Attorney-General Aiyaz Sayed-Khaiyum to tell the Fijian people who funded the 36-member Fiji delegation to the Glasgow COP26.

Prof Prasad said Fiji’s failure to achieve anything tangible from its agenda at COP26 proves that the donor-funded trip was a “junket”.

He said human rights activist Shamima Ali was right to ask the Government to tell Fiji’s people who funded the 36-member Fiji delegation to the Glasgow COP26.

“Bigger countries than Fiji, such as New Zealand, sent fewer than 10 people,” he said.

“The Marshall Islands made a bigger impact than Fiji at COP26. It had a delegation of just five.

“But instead of sending a small, effective delegation that Fiji could afford – and lowering Fiji’s own carbon footprint – Fiji put out the begging bowl for three dozen people to travel.

“But which donors donated the money? Were these donors aligned with Fiji’s interests at COP26? or were they big polluters such as China or Australia? Was the Fiji Government compromised? Whose tune were the Prime Minister and Aiyaz Sayed-Khaiyum dancing to in Glasgow?”

“And regardless of who was paying, the Prime Minister Voreqe Bainimarama and Attorney-General Aiyaz Sayed-Khaiyum should tell the people of Fiji what per diem allowances they collected for the duration of the trip?”

Prof Prasad said tens of thousands of people have had their jobs and lives ruined by COVID-19 and could barely keep their families fed. “Perhaps our elected leaders are too ashamed to tell us what money they have been able to receive in their two weeks away from the country.”