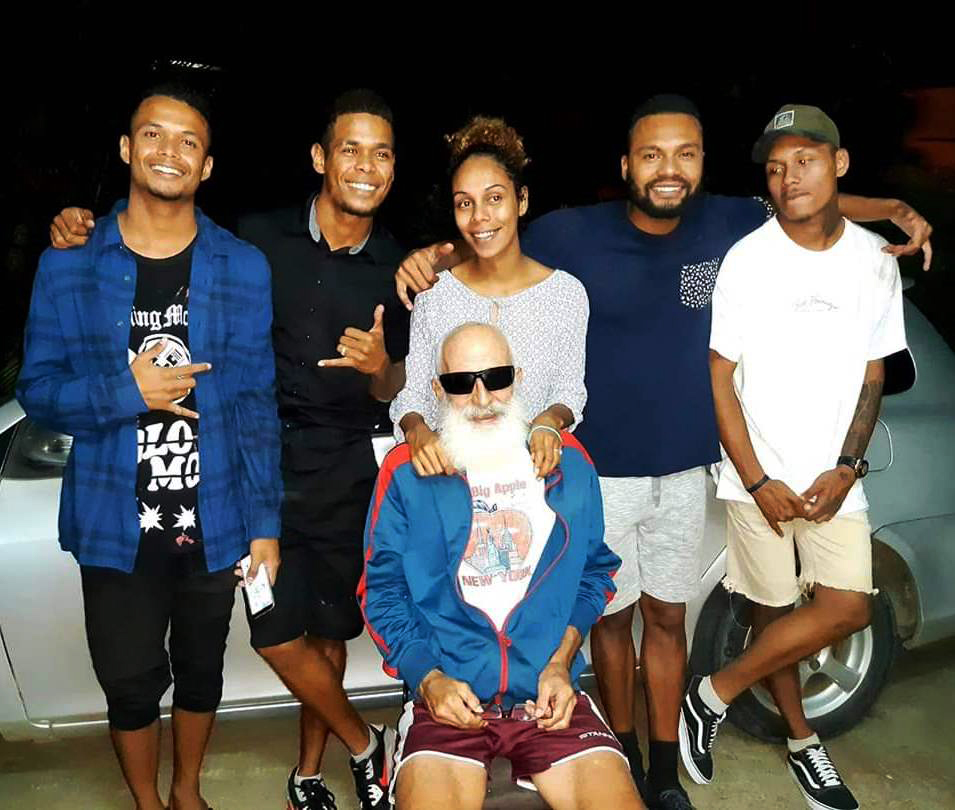 Bill Beddoes senior with Billy (second from right) and Nikita and their siblings. Picture SUPPLIED

SIXTEEN years after the death of local music icon Lia Osborne, a special tribute commemorating her contribution to the industry will take place this Saturday at the Fiji Club in Suva.

While some are familiar with her music, not many would be aware of her six-year battle with breast cancer, and the even longer battle she had as a young woman trying to carve her name on the totem pole of Fiji music.

And there is no-one who knows the story better than her 26-year-old son, Bill Beddoes Jr.

He briefly shared the story of his late mother and how she boldly stood her ground in a male-dominated industry.

Lia was more than just a mum, she became a renowned Fijian singer recognised as one of the few female artists in Fiji who was able to break through the cultural and traditional barriers that limited women in the music industry in the ’80s.

Her passing in 2003 after being diagnosed with breast cancer in 1997 was a journey he remembers well.

He was 10 years old when she succumbed to the illness and he witnessed her daily struggles as the disease engulfed her frail body.

Billy said the tribute was put together to recognise his mother’s achievements as a female artist and also her role as a mother.

He said proceeds from the show would go towards assisting women who were battling breast cancer.

Billy said he vividly remembers how his mother loved music so much that it was interwoven into the fabric of her life.

Whether it was behind the mixing console composing music or on stage performing it live, Lia lived and breathed melody and rhythm.

“From what I can remember music gave her strength,” he shared at his Talasiga St home while preparing for the show.

She was very strong with music and she loved music whether it was in Hindi, Fijian or English.

“And the thing is she became stronger when she was diagnosed with breast cancer she kept composing music and she kept accompanying my dad to perform in live shows.”

Dad, Bill Beddoes Sr, is a living legend and founder of one of Fiji’s greatest live music acts of all time, Nostradamus.

Billy said he used to accompany his late mother and father to their gigs, concerts and shows as a little child and the lessons he learnt were invaluable.

Today, he is a successful artist and making his own name in the local industry.

And he intends to use music as a platform for social change in memory of his late mother.

“We thought it would be better to do a tribute to just one person and because she is my mum we thought that maybe we do something for her.

“The only reason we want to do this is that we want to remember her and the music she gifted Fiji at that time.”

Billy said Lia’s strength when her body was wracked with pain always served as an inspiration to keep on when things got tough.

“She would tell us that she was fine when she was not, and then when they’d travel my dad would ask her ‘are you OK’.

“And she’ll say ‘yes’ when everybody could see that she was getting sick.

“It was tough back in the days, I know she and dad used to do a lot of music travelling and she tried to remain supportive and a tower of strength for him and for all of us despite the internal battles she was facing.

“She was doing music, travelling and looking after us while dealing with cancer — all at the same time.”

Billy said many people would not be aware that the majority of Lia’s albums were not recorded in a studio but in their kitchen at their home in Nasoso, Nadi.

He said his late mother did not encourage him and his five siblings to pursue a career in music.

“To be honest, no, she didn’t want us to do music because it’s hard for musicians especially in Fiji.

“She knew how hard it was to survive as a musician and she did not want us to go
through the same experience because there is a lot of competition in the industry and Fijians are a talented group of people.

“Mum wanted my sister to become a doctor and she wanted me to pursue a career in architecture because of my drafting skills but somehow we ended up doing music. I suppose it’s in the blood and you can’t ignore it.”

Together with his younger sister Nikita, Billy fronts the band Strangers.

The Lia Osborne Tribute show will be from 4pm onwards.