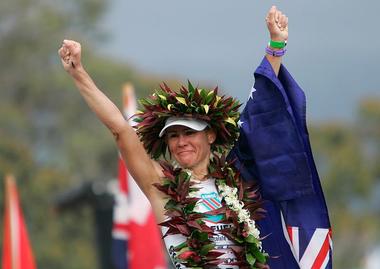 (Reuters) – Australian triathlete Mirinda Carfrae was cruising along in second place in a virtual bike race when she unexpectedly lost her way.

Husband Tim O’Donnell turned out to be the culprit.

“He decided to bring my trophies in here as motivation and when he walked around the back he kicked out the plug,” she said with a laugh on Instagram. “What an idiot!”