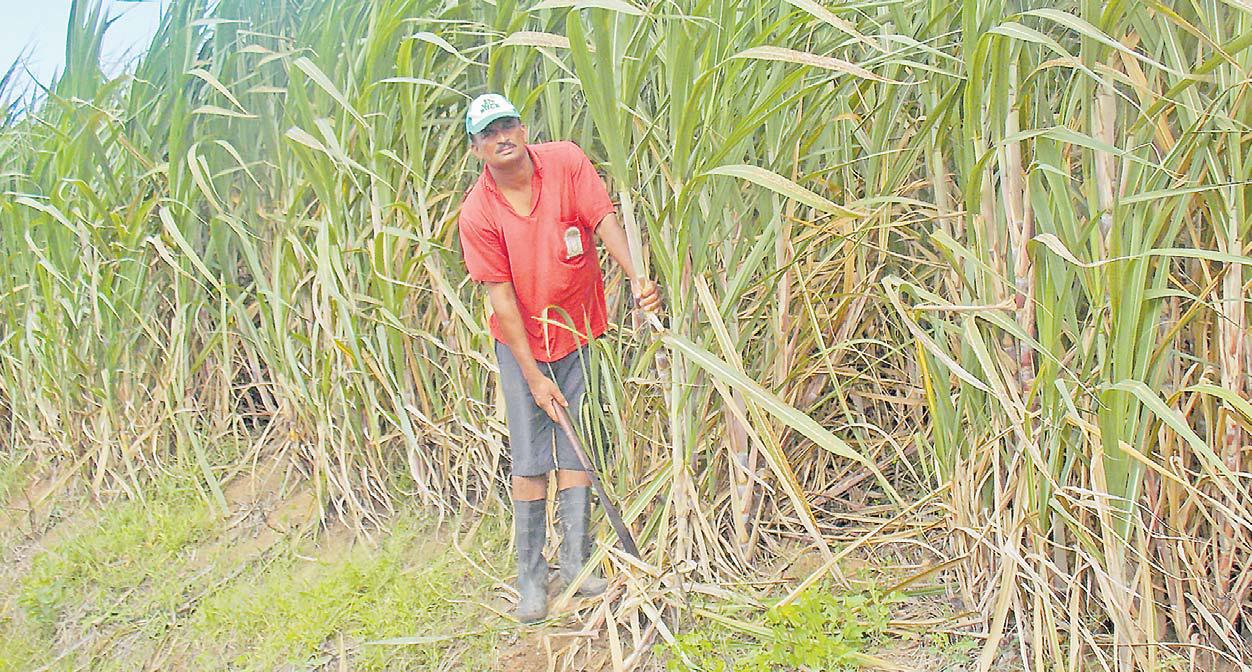 Ishwar Singh at his Lomawai farm in Sigatoka is ready for the 2019 crushing season harvest. Picture: SUPPLIED

FARMERS should look at their farms as businesses and keep records, says a third-generation sugarcane farmer from Sigatoka.

Ishwar Singh is expecting to harvest more than 300 tonnes of cane from his 11.75 acre farm based in Kabisi, Lomawai in Sigatoka, according to a press release by Fiji Sugar Corporation.

About eight acres of his land is dedicated to cane, while he plants vegetables and fruits such as okra, pumpkin and watermelon on the remaining land.

According to Mr Singh, in 1997 he produced 373 tonnes of cane but his cane output had reduced drastically in 2010, 2012 and 2016 because of natural disasters such as cyclones, floods and prolonged drought.

After about a decade, he expects to pass the 300-tonne mark again. Mr Singh attributes this to government grower assistance, including fertiliser and weedicide subsidies.

“I plant the mana variety, I tried the galoa and the LF11 before, but they do not grow as well on my farm,” Mr Singh said.

Last year, he harvested both green and burnt cane.

“In July when the mill opened, I was supplying green cane. But by October and November, the cane I sent to the mill was burnt.”

This is something he is trying to prevent this season. Mr Singh said he wanted the mill to start in June “so that we can harvest more green cane, leave trash on the farm and reduce weeds”.

He remains committed to the sugar industry despite challenges he has faced such as the rail, truck and mill issues last year. Canecutters have not posed any trouble for Mr Singh as he said 90 per cent came from their own grower community.

“We work together, we have 10 cutters from around here, we load an average of five trucks a day,” he said.

“And we only pay $18 per tonne per cutter, other places they pay $25 per tonne.” In terms of succession planning, Mr Singh said he had only one son and a daughter, and he had left the decision open.