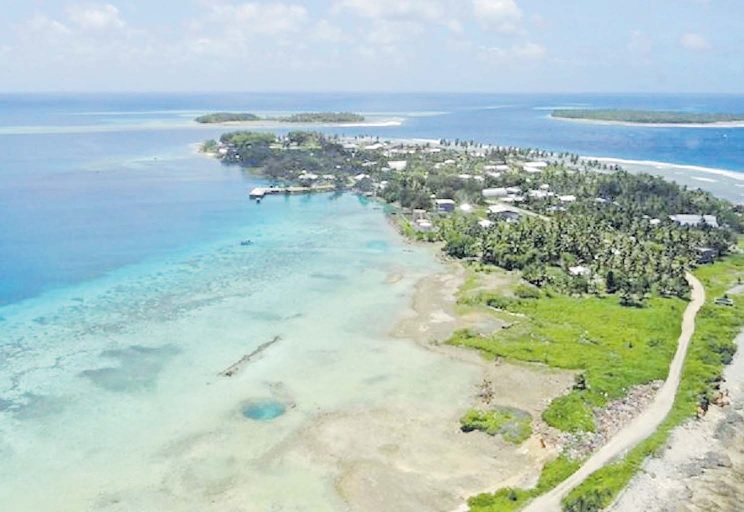 The Pacific Islands Forum is calling for changes to the law governing the region’s maritime boundaries.

A Regional Conference on Securing the Limits of the Blue Pacific focussed on the legal options, institutional responses to the impact of sea-level rise on baselines and the context of international law.

Delegates agreed the existing law did not consider the effects of sea-level rise on their countries’ baselines.

The online meeting also agreed it’s unclear whether these baselines are fixed or not.

The UN Convention on the Law of the Sea (UNCLOS) defines the rights and responsibilities of a nation’s use of ocean resources.

But the deputy secretary-general of the Forum Secretariat, Dr Filimon Manoni, said since the law does not address the issue of loss of baselines, there had been some difficulty in finding a solution.

“What the Pacific Islands Forum members are looking at is not only on what treaty law, in terms of what the Convention can do to assist, but to include the customary international law supported by the Convention and other treaties that may provide a way forward.”

Tuvalu has amended legislation to show the breadth of its maritime zones are measured from a fixed baseline and are unchanging.

However, he conceded climate change-induced sea-level rise posed a legal threat to the Pacific’s maritime zone entitlements and its “statehood status under international law”.

Legal framework available Mr Manoni said there were legal options and strategies available to the Forum to develop new customary international law, agreement and amendments to the Convention.

But, he said, while the Pacific must be proactive to ensure “we determine the future of our destiny ourselves and not leave that for other people to determine for us, we also need to tread with caution and care to ensure we do not unravel the good work that we have so far taken”.

“Some countries have taken action at the international level,” Mr Manoni said.

“The Federated States of Micronesia have deposited observations along with their co-ordinates as it is their view that they have no obligation to review their baselines.

“The International Law Association has set out the Marshall Islands legislation on maritime zones with unilateral declarations to respond to the issue of sea-level rise.”

Mr Manoni said other options the Forum members had looked at in the “immediate to short-term” included “declarations and embedding in their national legislation the boundaries being set permanently”.

He said this would also help develop State practice for customary international law for the region and the possibility of a Pacific treaty members can agree on how to deal with their boundaries and maritime zones. He said a sub-committee will be set up to look into other legal options and strategies.

“There is also engagement at the UN International Law Commission.”

The Pacific Community said the scientific work undertaken in securing the limits of the Blue Pacific continent is expected to take years.

The SPC’s deputy secretary-general, Dr Audrey Aumua, said it had achieved a significant amount of the finalisation of many boundaries.

But she said there were 13 more boundaries to go and this would take many years.

“We will look at measurements and surveying work,” she said.

“We will often sit out on boats for many days and weeks.

“We will assist our countries to undertake surveys to identify these particular boundaries including outer coral reefs, and the coral reefs and so forth.”

The head of the Pacific Islands Forum Secretariat said securing nations against  the threats of sea-level rise and climate change is a “defining issue” for the region.

Dame Meg Taylor said now more than ever, the Pacific’s identity and advocacy as  a collective was vital.

“If we don’t secure our regions, if what we want is not at our doorstep right away,  then we are all working towards that through the science but also through the legal avenues,” she said.

“And we have to secure this for the future generations if we believe that as peoples of  this region have the responsibility of securing this blue Pacific continent.”

Dame Meg said the time was right to leverage geopolitical interests and opportunities  to advocate for and secure maritime boundaries into perpetuity.

“It’s really important that where there are issues that really need to be thrashed  out and technical advice that needs to be brought in is to do that work and then ensure  that we support the member states so that they have ownership of the process,” she said.

“That they are the ones that are leading this work so that when we get to the  Forum officials committee, there is some rigourous debate around these issues.”

Dame Meg said without the enjoyment of rights and jurisdictions in the Pacific’s  maritime zones, the protection of the region’s heritage, economic development and nationhood was not possible.