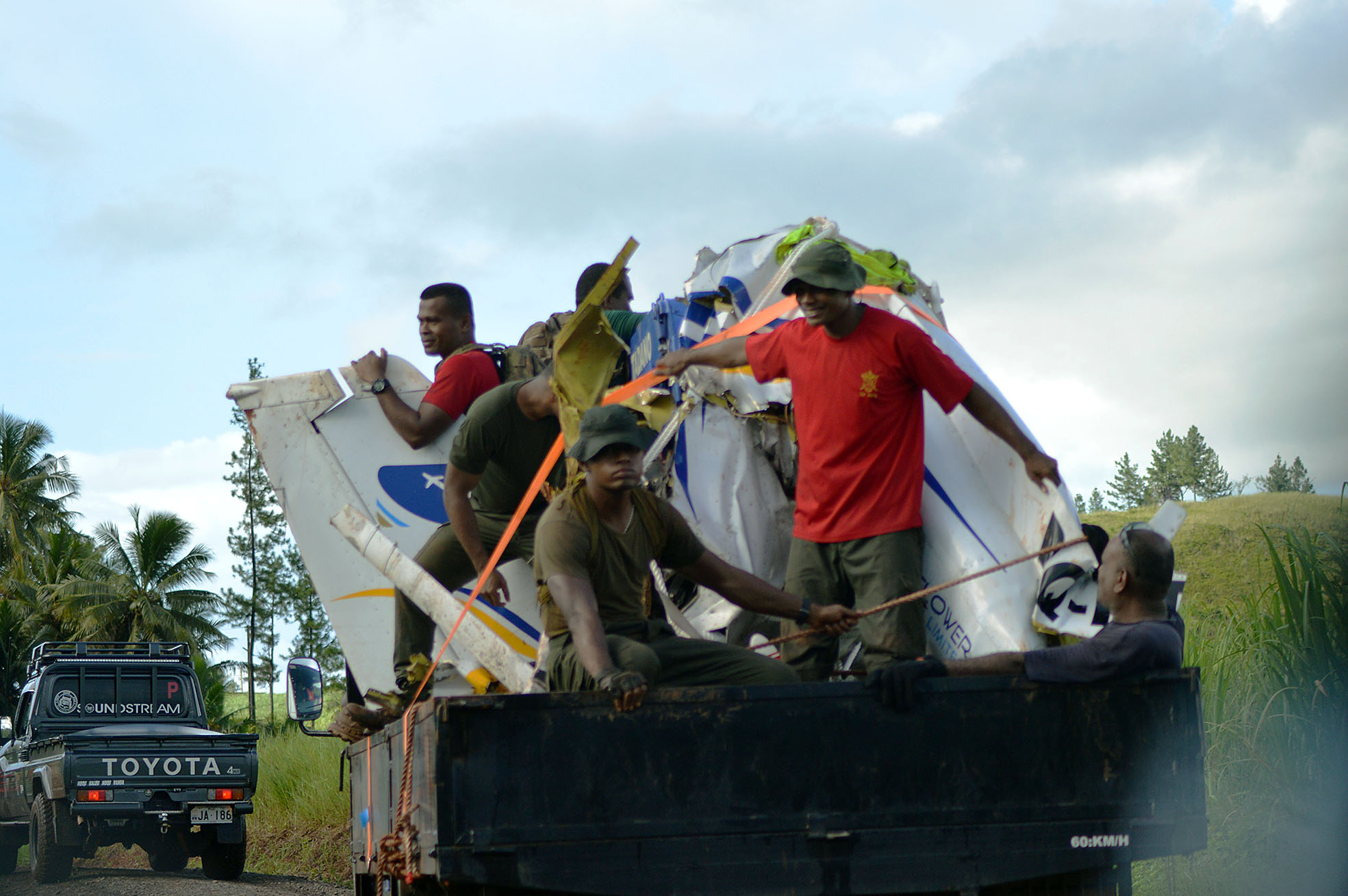 CLOUD satellite and rain radar imagery showed that as, or shortly after the Cessna 172 aircraft carrying the late Iliesa Tawalo and Merelesita Lutu departed Labasa, the weather deteriorated and closed in on the accident aircraft, entrapping it without any escape route.

According to a detailed report of an official investigation into the February 2018 accident, findings also showed that in likely poor visibility and in Instrument Meteorological Conditions (IMC) — for which the pilots had only received limited training — the aircraft entered a mountain valley before impacting steep mountainous terrain at an altitude of 2600 feet near Mt Delaikoro.

Both occupants were killed as a result of the impact.

“The crash occurred shortly after 12 o’clock midday,” the report said.

“At the time of departing Labasa, it is likely that the weather was sufficiently adequate to comply with that required for flight under Visual Flight Rules.

“The pilots had probably complied with all the procedures and requirements specifically required of them by PFS (Pacific Flying School).

“The weather system that covered Vanua Levu that day was a tropical low pressure trough system that progressed in a combination of bands and patches and probably originated from the South Pacific Convergence Zone (SPCZ) to the north of Vanua Levu.

“These systems are difficult to properly characterise using formal aviation weather systems and are also difficult to forecast.” The report also explained that these rapid changes in weather were not fully understood by the international aviation community.

“In these circumstances rapid changes in visibility can occur over relatively large areas and this is difficult for pilots to manage.

“The aviation safety risk of these conditions is magnified by mountainous terrain which can not only generate high turbulence including strong downdrafts, but can also further reduce visibility by causing condensation in the form of dense cloud, mist and heavy rain.

“The pilots did not fully understand how to manage these risks.

“Because these types of weather systems are difficult to characterise and predict and are likely to intensify with global warming, this report recommends several improvements to the weather information that Fiji pilots are required to assess and use in their decision-making.”