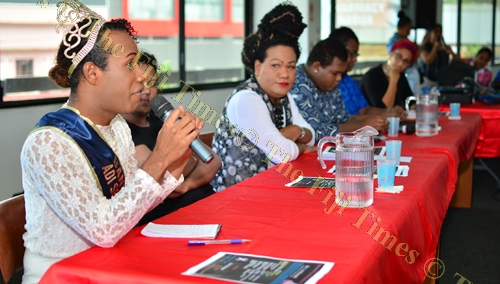 THERE is still a lot of ignorance and discrimination against the transgender community in Fiji and the Pacific and this leads to their marginalisation and invisibility in society.

This was the sentiment of the executive director of the Pacific Sexual and Gender Diversity Network (PSGDN) and Rainbow Pride Foundation (RPF), Isikeli Vulavou, while speaking at the Transgender Day of Remembrance event in Suva yesterday.

“Gender nonconformity is still used as an excuse for harassment, violence and even murder of transgender people,” Mr Vulavou said.

“A considerable number of transgender people live in poverty and a large number report suicidal ideation.”

He said PSGND, RPF and its allies had done a lot of work to advance the rights of transgender (LGBTQI+) people in Fiji and the Pacific.

“Obviously, there is still a lot of work to be done and we are only beginning to properly address the issues and work towards solutions,” he said.

He welcomed the fact that more institutions embraced the issue and took practical steps towards elimination of discrimination and prejudice of transgender people in the country and the Pacific.