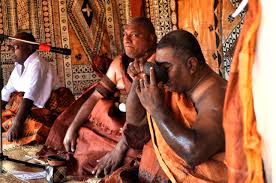 FOUR days into the installation of the new Tui Labasa, Ratu Jone Qomate, and the people of the Qoibau clan within the district of Labasa have publicly denounced the newly-installed chief.

A statement from the Sau Turaga and spokesperson of the vanua of Labasa and Qoibau, Ratu Peni Taloga Raiqiso, said there was breach in protocol in the installation of the new Tui Labasa.

In the statement, Ratu Peni said the vanua of Qoibau and the chiefly households of Wasavulu would challenge the title of Tui Labasa through the iTaukei Affairs native title dispute mechanism.

“We will be providing recorded evidence to justify our claim both to the title and our traditional role in the installation,” he said.

Ratu Peni says the vanua of Qoibau is the traditional kingmaker of the Tui Labasa.

More on this story in tomorrow’s edition of The Fiji Times and in our e-Edition.