Trade unionist taken in for questioning by police 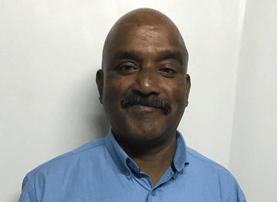 NATIONAL Union of Workers industrial officer Shiu Lingham is understood to have been taken in for questioning by police in Lautoka this afternoon.

When contacted by this newspaper a few minutes ago, Mr Lingham said he was being questioned about the planned protest on Friday May 3.

Police have not responded to questions from this newspaper about the incident.

NUW general secretary Felix Anthony said he was very concerned about how trade unionists were being harassed over the peaceful protest planned for this weekend.

He said the protest was people making a choice not to turn up for work.