Trade in giraffes to be regulated for first time: CITES 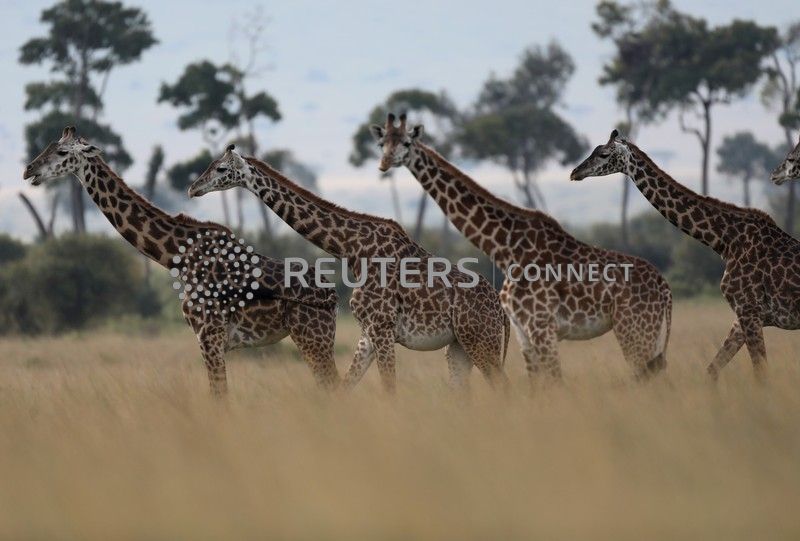 GENEVA (Reuters) – Countries voted overwhelmingly on Thursday to regulate international trade in giraffes, an endangered species, and in their skins and other parts, overcoming objections by southern African states and drawing praise from conservationists.

The provisional decision, taken in a key committee of the Convention on International Trade in Endangered Species (CITES), is expected to be endorsed at a plenary next week, officials said. The requirements would come into force 30 days later.

“The giraffe is in the wild much rarer than African elephants, much rarer,” Tom De Meulenaer, CITES’ scientific services chief, told a news briefing before the vote.

But in recognition of conservation efforts, countries rejected a motion that would have transferred southern African elephants to appendix I banning trade. The European Union was among those saying the move did not meet ‘biological criteria’.

“The decisions today … mean it’s status quo for elephants: No international commercial ivory trade is permitted and that is what needs to happen,” said Susan Lieberman of the Wildlife Conservation Society.

Some 106 parties to the U.N.-backed treaty voted in favour of the giraffe motion, 21 voted against, with 7 abstentions.

Wildlife activists welcomed the move to list nine species of giraffes on CITES Appendix II that regulates trade. It came after the defeat of a motion by southern African countries to exclude their giraffe populations from any regulation.

“Thanks to today’s decision, the international trade in giraffe parts – which includes rugs and bone carvings – will be tracked in a manner that allows us to focus on problem trends in destructive trade, and fight for additional protections if necessary,” said Elly Pepper of the U.S.-based group.

Adam Peyman of Humane Society International said that it was a “huge win” for giraffes whose herds have shrunk.

“They have declined about 40 percent over the last 30 years and there are only about 68,000 mature individuals remaining in the world and they are really in trouble,” he told Reuters Television at the triennial talks.

Cassandra Koenen of World Animal Protection said: “This message is loud and clear: people care about wild animals and believe they should belong in the wild, not as a trophy in your office.”