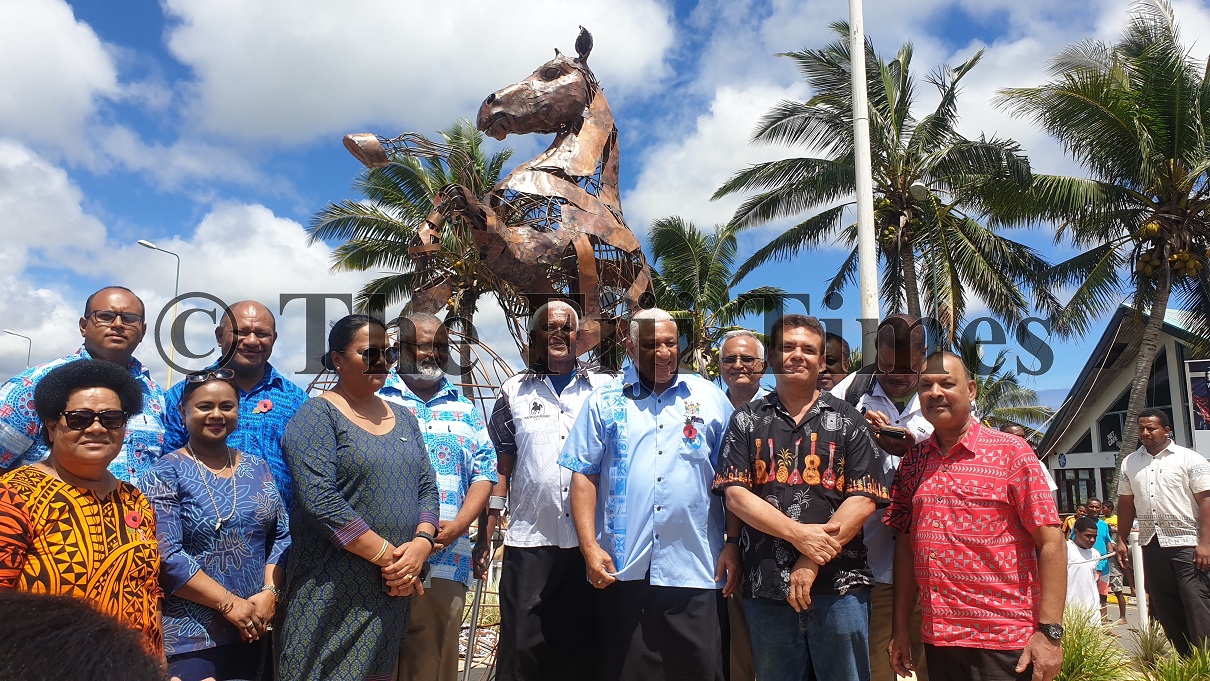 A statue of a Stallion was unveiled in Sigatoka. Picture; LUKE NACEI.

People approaching Sigatoka Town will now be greeted by a marvellous stallion statue to symbolise Sigatoka’s celebration of 50 years of Fiji’s independence. Prime Minister Voreqe Bainimarama, while officiating at the event yesterday, said the stallion statue had great symbolism for the people of Sigatoka.

He said the stallion was one of the official monuments the Government had unveiled around the country to mark Fiji’s 50th anniversary of independence.

“I hope you all had a wonderful weekend marking the occasion, wherever you had the chance to celebrate,” he said. Mr Bainimarama said the monument would stand as a symbol of the town and its surrounding area, and it would invite travellers to explore what Sigatoka had to offer.

“It will remind them that Fiji punches above its weight not just in rugby, but in everything we set out to do.

“On the world stage, in the South Pacifi c, in sports and in the struggle to make this world a better place, Fiji counts. It is something we can be enormously proud of. Meanwhile, the 12-foot stallion holds a six-foot tall rugby ball beneath its hoof to demonstrate the town’s dominance in rugby.

“Like the stallion, and like all of Fiji, Sigatoka has a big heart and will always stand tall.”