Tourist town back in business 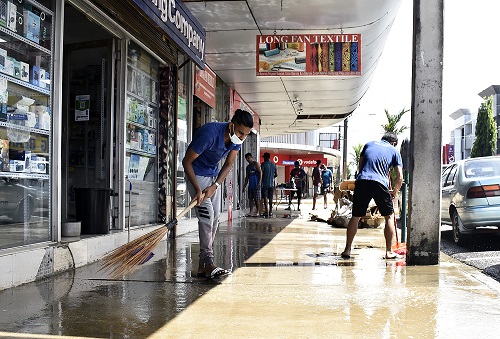 Nadi Town is back in business after a major clean-up of the tourist town in the wake of Tropical Cyclone Cody.

Nadi Chamber of Commerce and Industry (NCCI) president Dr Ram Raju said the Nadi Town Council (NTC) and the National Fire Authority (NFA) team were swift in cleaning up the town, particularly the bus stand, market area, main street and many other areas.

“The joint action by NTC and NFA staff saw a swift clean-up of the mess left by the floodwaters in certain prone areas,” he said.

“The Energy Fiji Ltd (EFL) staff were equally quick in assessing the damages and making sure no dangers were posed before restoring the electricity supply.”

He said business zones within Nadi such as Namaka and Martintar were largely unaffected and provided back-up for essential services.

“Due to transport inaccessibility caused by flooded roads, staff shortages kept many businesses closed, however, they are now back to full strength.”