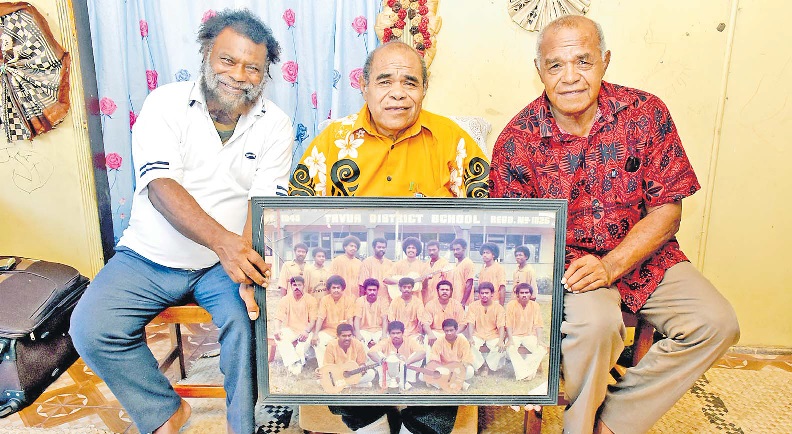 In 1974, a number of young men from Tavualevu Village joined the Methodist Youth Fellowship (MYF) and got into singing church hymns.

They fell in love with how the different voices, when put together, formed a rich chorus of harmony and how the ensemble was able to create emotions and set the atmosphere for prayer with just the power of their voices. Choir practices and taking part in choir competitions became an in thing for this group of young Tavua men.

Their love for singing hymns developed as they met in the evenings for practice. One of the youngsters was Waisale Vuniwaqa. The 22-year-old, however, thought to start something out of the choir rehearsals.

He respected the fact that his late father and family members loved singing and had been part of the Tavualevu Church Choir for many years. But young Waisale felt a different kind of stirring in his heart.

He felt the need to do something different with his talent. After recognising that a good number of the young men had unique voices, he began to toss around the idea of forming a band.

That was the birth of what would become one of the biggest and most infl uential iTaukei groups of all time – Waikoula Kei Tavua.

“I saw the powerful and unique musical talent this group of men had and I said, ‘why don’t we start something different’, we do not need to look outside of our village, we have everything right here on Tavualevu,” Vuniwaqa said.

“Two of us were in primary school, two were in secondary school, a brother of mine was in Navuso Agricultural School – while the rest of us were just enjoying our youth and hanging around in the village.

“When I told them about my idea of starting a band, they all agreed to it.”

Inspired by their enthusiasm, Vuniwaqa, as band founder and composer, began composing a few numbers right away. In the process, they also agreed to the name – Waikoula kei Tavua – a name dedicated to the river beside the village which runs downstream from the Vatukoula Gold Mine.

In 1975, one year after they were formed, the group headed to the then Fiji Broadcasting Commission in Suva to do their first recording. Vuniwaqa said it was a big deal at the time and villagers came out in numbers to send them off for their first recording. “It took us only one practice session to convince the radio announcers that we were good enough to go to the studio.

At first they were a bit reluctant because they saw that most of us were very young and they could not believe that we were there to perform our songs and that we were ready to showcase our music to Fiji.

“We recorded our first three songs in 1975 and have never looked back since.”

Katavila Caroba, a song dedicated to a small hill called Delaivatia beside Tavualevu Village was the first ever song recorded by Waikoula kei Tavua and it became an instant hit.

They were feted in Tavua and held in high regard because of the fame and renown the group brought to the local community. In 1976, with a number of hits under their belt, Waikoula kei Tavua took their music to Procera Music. Vuniwaqa said over the years they recorded 16 volumes with South Pacific Recordings and the rest with Procera Music. The band has composed and recorded more than 150 songs and most remain hits until today.

For the past 47 years, the band has become one of the most sought-after entertainment groups for iTaukei functions local and abroad. Vuniwaqa said they had toured Fiji’s 14 provinces and a number of countries around the world – such is the popularity of their music. In the 1980s, the group took their first ever overseas trip and toured Australia.

“There was so much excitement and nervousness inside all of us.

“It was to be our first trip abroad and you can imagine the preparations in the leadup to the trip. We were invited to entertain at a 21st birthday celebration in Australia and everything was paid for.”

The trip Down Under marked the beginning of many more sojourns abroad. They have been invited to and performed at Fijian functions in the United States, United Kingdom, Europe and New Zealand among other countries.

Vuniwaqa turns 70 next year and says he is proud that even though age is catching up slowly, he has left behind musical memories and a legacy to be enjoyed by iTaukei people of many generations.

 NEXT WEEK: Vuniwaqa shares about the songs that were composed from stories which were published in The Fiji Times and Nai Lalakai newspapers.