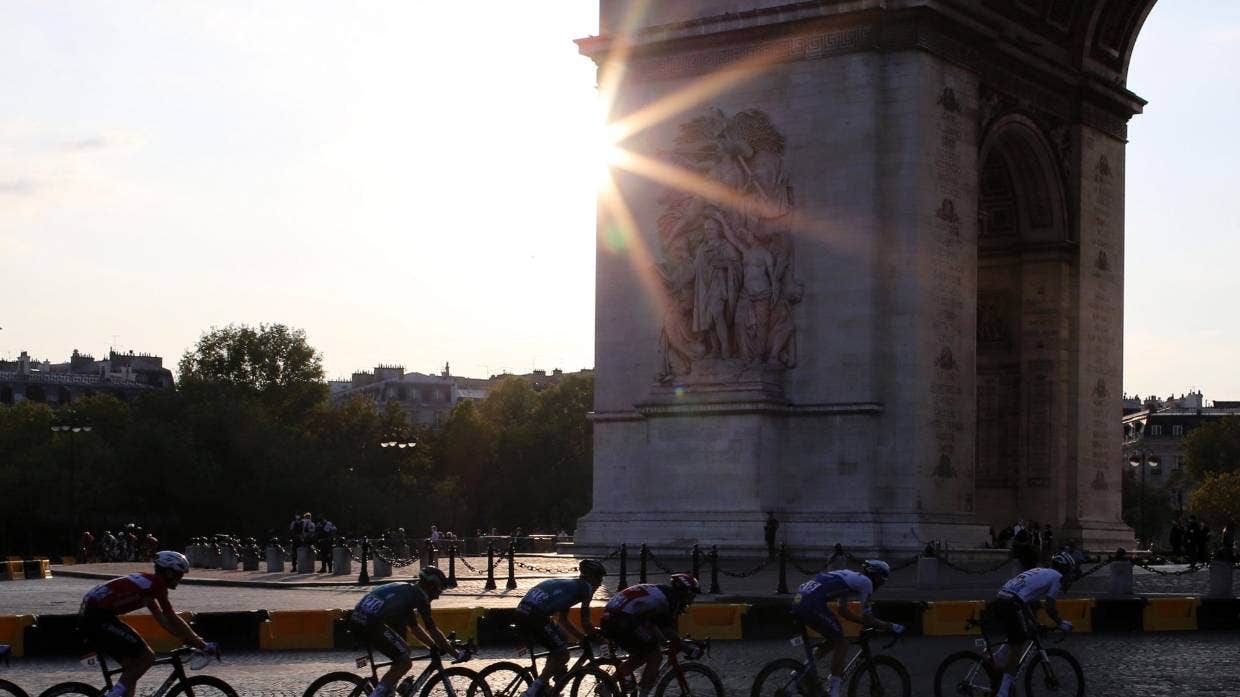 Riders pedal past the Arc de Triomphe during the 122 kilometre final stage of the Tour de France. RAFAEL YAGHOBZADEH/AP

A day after the end of the three-week Tour in Paris, Arkea-Samsic said in a statement that the team itself, the manager and staff have not been accused of wrongdoing after sports newspaper L’Equipe said gendarmes from the OCLAESP led a search on Thursday in Meribel, in the Savoie region, at the team hotel.

The squad confirmed the raid took place last week and Arkea-Samsic manager Emmanuel Hubert said it “concerned only a very limited number of riders, as well as their close entourage, not employed by the team.”

The French press on Tuesday quoted a Marseille prosecutor, Dominique Laurens, evoking “the discovery of numerous health products including medicine in personal belongings … and above all a method that could be qualified as doping.”

“We obviously support our riders, but if it turned out that after the ongoing investigation some elements confirm the veracity of doping practices, the team would immediately dissociate itself from such acts and would take without delay the necessary measures to severe possible links with unacceptable methods it has always fought,” Hubert said.

Rookie Tadej Pogacar of Slovenia, who rides for UAE Team Emirates, won the Tour on Monday The best-placed rider from Arkea-Samsic was Frenchman Warren Barguil in 14th place.