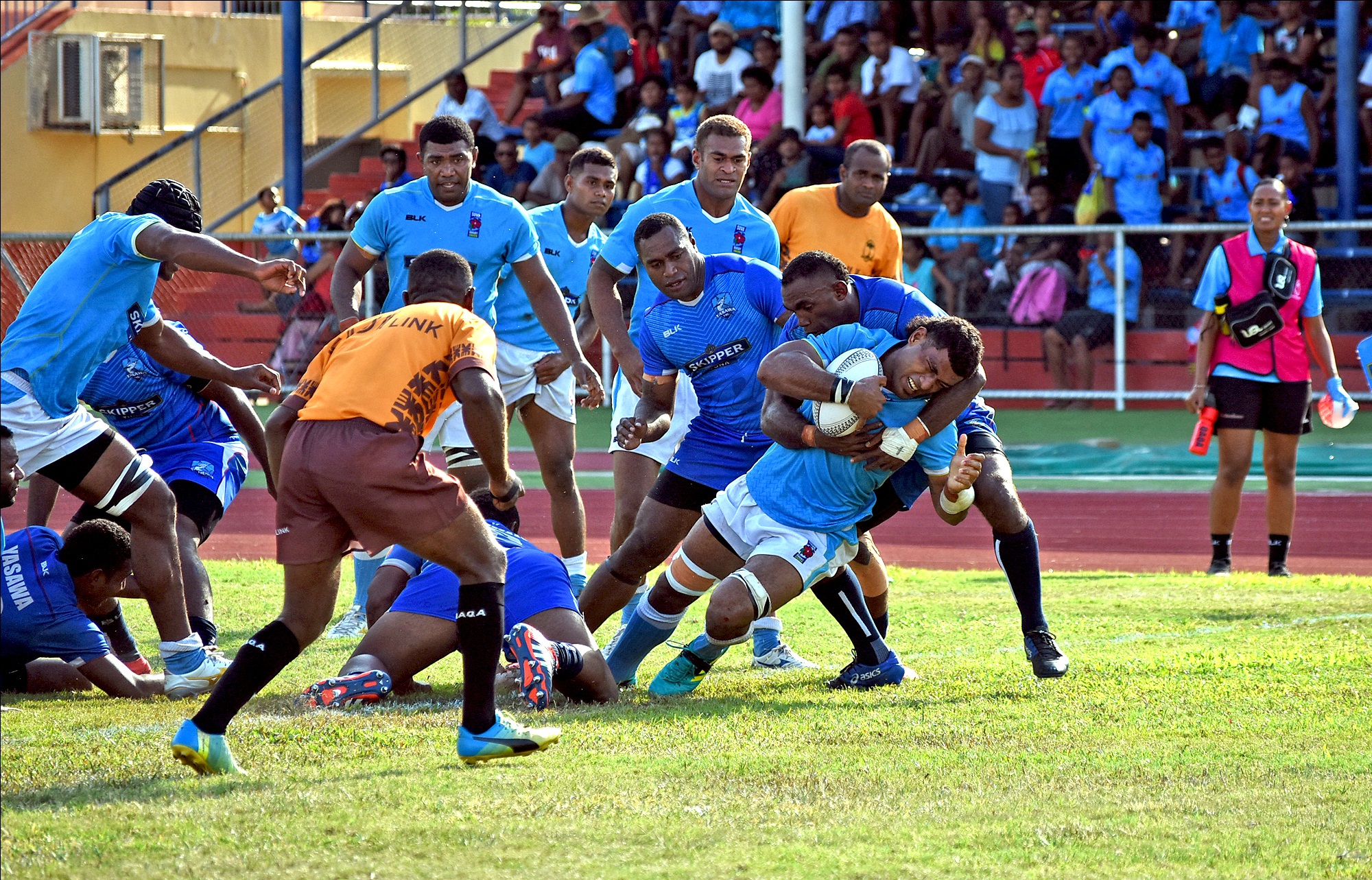 Suva’s Taniela Sadrugu pushes through the Yasawa defense to score a try during their match in the Skipper Cup competition at Churchill Park in Lautoka. Picture: REINAL CHAND/FILE

Participating in the Skipper Cup for the first time has been a learning experience not only for the Yasawa rugby players but the executives as well.

Yasawa, the only island team in the top flight has lost nine of its ten matches in the competition, recording one draw against fellow strugglers Tailevu.

The side is reeling at the bottom of the Skipper Cup points table facing the harsh reality of an automatic demotion to the Vodafone Vanua Championship with four more rounds of matches remaining.

Yasawa Rugby Union secretary Kinijoji Rakata said the gap between the Skipper Cup and Vodafone Vanua Championship was a lot bigger than what they had initially expected.

Rakata said in order to compete in a 14-week elite competition such as the Skipper Cup, teams needed a large player pool which enables enough depth on the reserve bench and right player management to maintain consistency.

He said with only ten clubs playing in one grade they had limited player source.

“There is a big gap between the Vanua Cup and the Skipper Cup,” Rakata said.

“We face a lot of difficulties like unavailability of gymnasium facilities.

“We lack in all the systems that needs to be in place to play at the highest level of competition in the country.

“We have only ten clubs in our competition who play in one grade. The bigger unions have grades like premier, senior A, senior B, senior reserve and so on and there is a lot of rivalry in the club competition which develops quality players.”