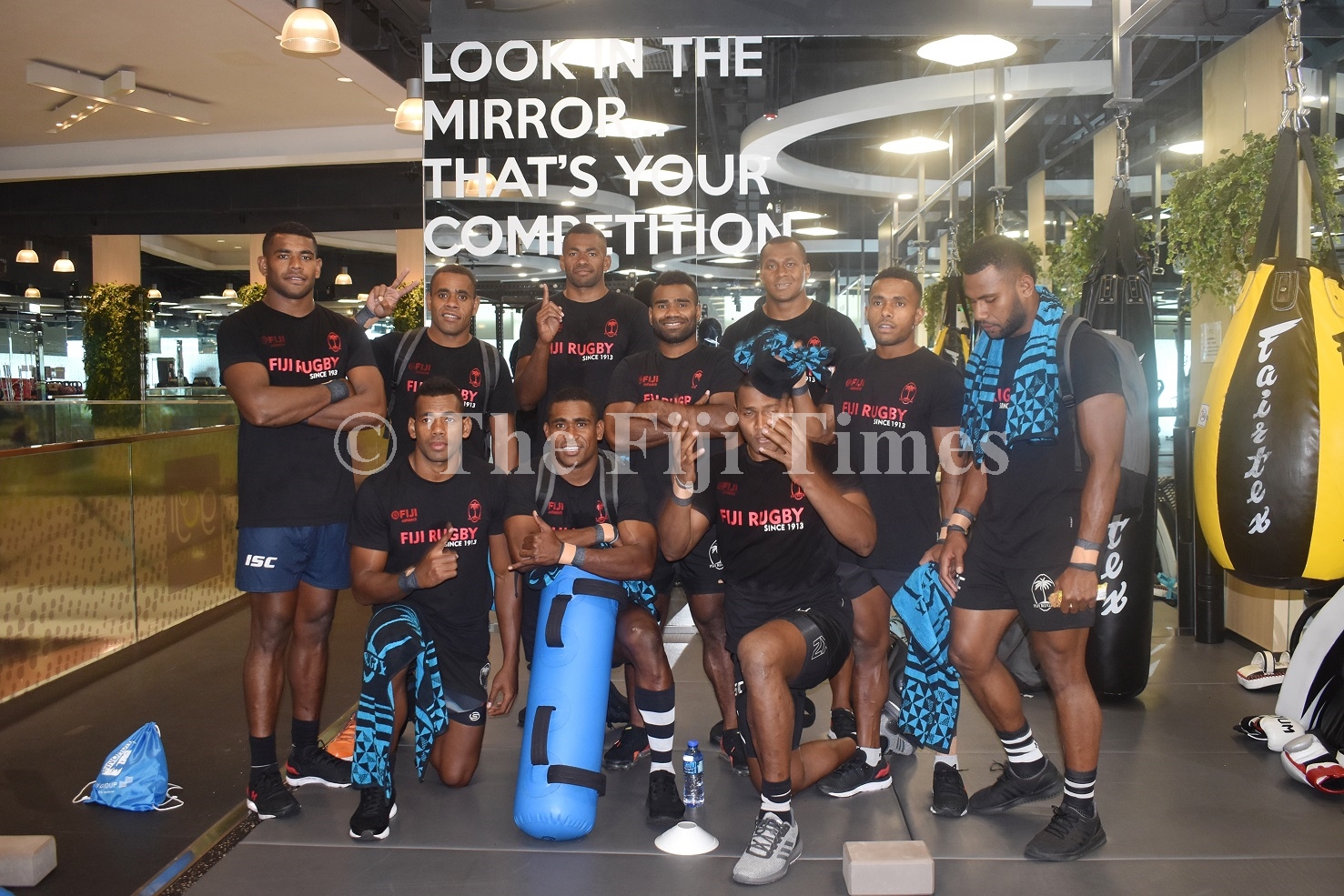 Members of the Fiji Airways Fiji sevens team after their workout session at the Qoji gym in Hong Kong this morning. Picture-JONACANI LALAKOBAU

“Everyone labels it the pool of death, but that is not what I see,” Valesu said.

“With games against Kenya, New Zealand and Australia in our pool, it is also the best possible wake-up call for our players at the tournament.”

The Kaba Village, Tailevu native said with the team chasing a fifth straight win in Hong Kong, people should not expect the win to be given easily. “Five wins in a row although it may seem a big ask, it is not impossible,” Valesu said.

The former Fiji 7s player who donned the national jersey in 2002 said it was always hard for players who put their heart and soul on the line to represent their nation.

“Some people back home do not show their full support or trust the team. All they want is a win.

“This team represents all 14 provinces in Fiji. For every person, regardless of your skin colour or ethnicity, if you call yourself a Fijian, then this is your team.

“They are over there now counting the days before they jump on to that field this weekend.

“Every single person must send his or her support for them 100 per cent. The squad has been chosen. Now what they need is support and I believe they will deliver.”

Fiji will play Kenya on Friday night and Australia and New Zealand the following day. Fiji is the defending champion.