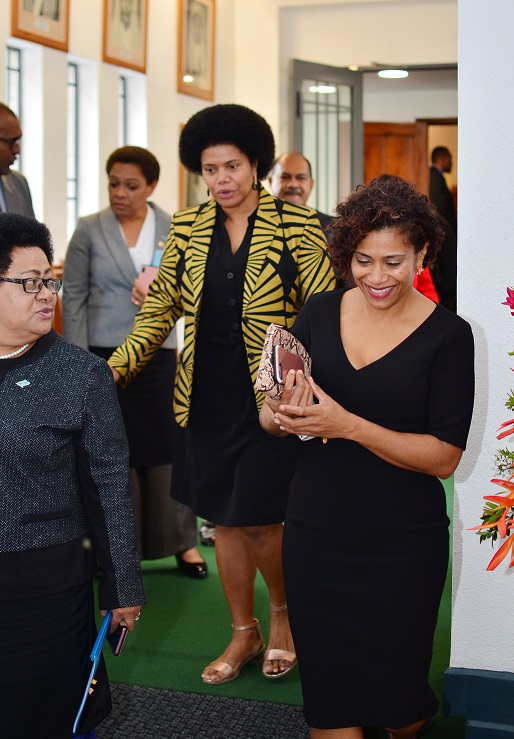 Opposition Whip Lynda Tabuya made the comments during her budget response in Parliament yesterday.

“The truth is, this is an austerity budget, austerity measures are used by governments around the world that find it difficult to pay their bills or debts,” she said.

Government, she claimed, would find it increasingly difficult to operate on its promises with one billion dollars less in its budget, including paying off the $4.8 million debt.

“It is desperately trying to cut costs ahead of payments to our foreign and domestic lenders; debts that have repayments due too within this budget cycle.”

Ms Tabuya said she was not an economist, but it doesn’t take rocket science to discover the truth in the nation’s failing economy.

“Just talk to people on the ground, the stakeholders, the public who messaged me directly and you shall discover the truth.”

The truth was, she added, the Fijian economy is barely keeping itself above water while the vast majority of citizens are struggling.

“I humbly stand before this esteemed house, not just an individual but as the voice of a nation in pain. A nation whose workers are hurting from deep economic wounds. A nation whose anger is real and whose concerns demand the undivided attention of its leaders and not its ridicule.”

She pleaded with big banks in Fiji to speak the truth about the current status of the nation’s economy.

“There is a problem whether the Government admits it or not the big banks should have come out and admitted it officially, but they haven’t for fear of being victimised by this administration,” she said.

She said she would not back down from speaking the truth in the Fijian economy because ordinary people needed to know them.

“And all these facts can simply be gathered by talking to people in the know — including bankers, bank customers including businesses and individuals, lawyers and real estate agents. The facts are, interest rate increases, aggressive term deposit drives by the banks to raise cash, loan settlements postponed in some cases without definitive new settlement dates, no new loans to staff and huge reduction in approved new loans to customers.

“It doesn’t take rocket science and doesn’t take someone with an economics degree or experience in banking and finance to see what’s going on.”