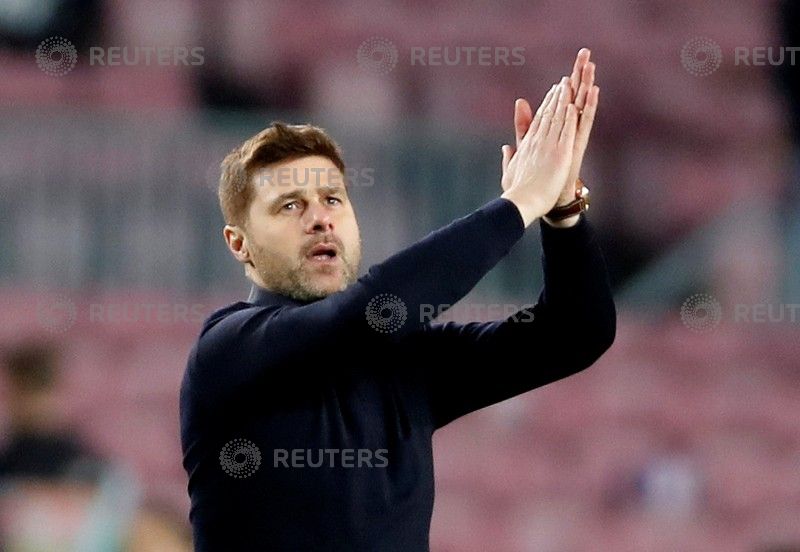 LONDON (Reuters) – Tottenham Hotspur manager Mauricio Pochettino has left his post after five years in charge after a disappointing start to the season, the Premier League club said on Tuesday.

The Argentine, appointed by the north London club in 2014, had turned Tottenham into a force in England and took them to the Champions League final in June.

Results have tailed off badly this season, however, and Tottenham have won only three of their opening 12 Premier League games and are in 14th spot. They were also thrashed 7-2 by Bayern Munich in the Champions League.

Pochettino’s assistant Jesus Perez and the rest of his backroom staff have also been relieved of their duties, the club said in a statement.

“We were extremely reluctant to make this change and it is not a decision the Board has taken lightly, nor in haste,” Tottenham chairman Daniel Levy said.

“Regrettably domestic results at the end of last season and beginning of this season have been extremely disappointing.

“It falls to the Board to make the difficult decisions — this one made more so given the many memorable moments we have had with Mauricio and his coaching staff — but we do so in the club’s best interests.”

Tottenham finished in the top-four of the Premier League for the past four seasons under Pochettino who has become a much-loved figure amongst the fans since joining from Southampton.

They also mounted serious title challenges in 2015-16 and again in 2016-17 when they finished second to Chelsea.

Last season they enjoyed a fairytale run to the Champions League final, beating Ajax Amsterdam on away goals in the semi-final after trailing 3-0 on aggregate at halftime in the second leg.

They lost 2-0 to Liverpool in the final in Madrid.

“Mauricio and his coaching staff will always be part of our history,” Levy said. “I have the utmost admiration for the manner in which he dealt with the difficult times away from a home ground whilst we built the new stadium and for the warmth and positivity he brought to us.