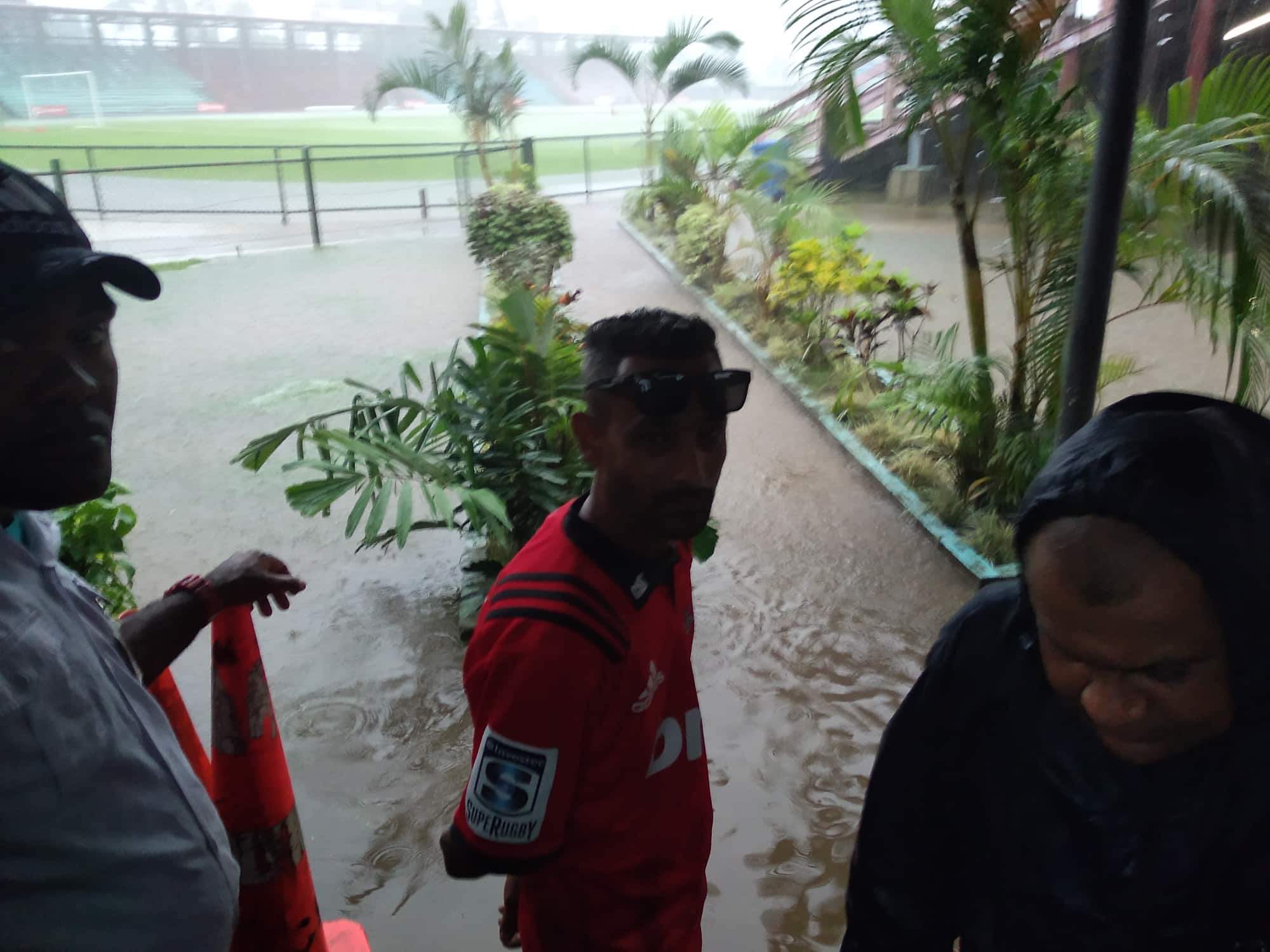 TORRENTIAL rain forced the Fiji Football Association and match officials to call off the first round Vodafone Premier League match between Ba Football Club and Nasinu Football Club that was to be held at Ratu Cakobau Park.

Fiji FA Competitions manager Amitesh Pal said the game could not be played in such conditions.

He said the game had now been postponed to a later date.