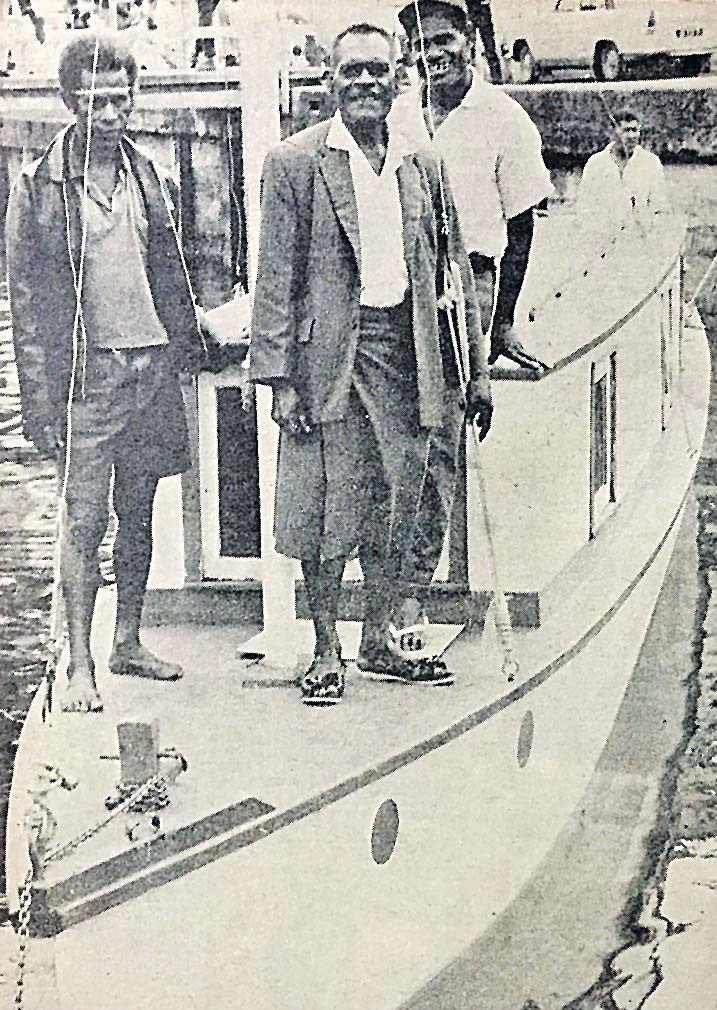 After building a 40ft launch at the village of Lovoni which is located in the centre of the island of Ovalau, villagers carried the boat for three miles to the Bureta River for its official launch.

On its maiden voyage, the boat arrived in Suva on Friday August 22, 1969 transporting the Lovoni villagers’ produce for the market.

The next day The Fiji Times highlighted the villagers’ excitement with the completion of the boat and its successful maiden voyage.

The boat was called the Torocake Vou, built to carry the Lovoni villagers’ produce of yaqona, root crops and green vegetables to Suva for sale at the markets.

Leading the villagers on the maiden voyage was Ratu Isikia Rogoyawa, the chief of Lovoni Village. “In the past we have sold our produce at the Levuka market but we have been losing money steadily because sales have been poor,” Ratu Isikia said.

The villagers planned to install ice boxes in the launch to store fish that would be destined for Suva. Ratu Isikia said the proceeds of sales, especially yaqona had gone towards the village building program.

“We have built a number of wooden and concrete houses for the people and we plan to build more,” he said. Directing the building program was Apisalome Doka.

According to the report, it took the villagers two months to build the Torocake Vou under the supervision of a village carpenter, Viliame Saitoro.

“We carried it for half a mile from the village to the Lovoni Rd where we loaded it on to a small lorry,” Ratu Isikia said.

Twenty men had to bear most of the weight of the heavy craft for three miles to the launching site on the Bureta River because the lorry’s carrier was too short.

“We will begin bringing Lovoni produce for the market next week,” he said.

The people of Lovoni living in Suva performed ceremonies of welcome for the new launch at the home of Mr and Mrs Alf Wendt at Laucala Bay on August 22, 1969.