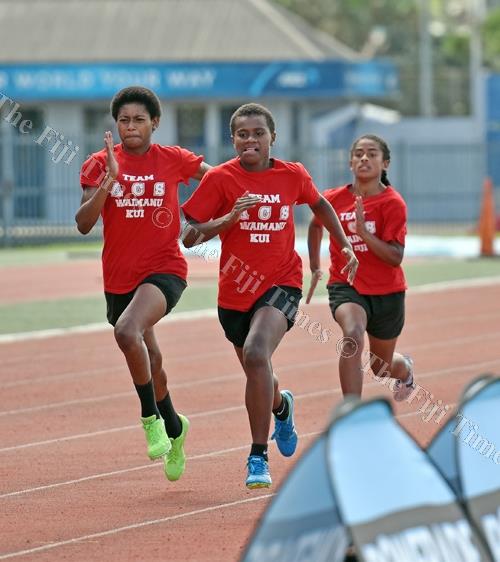 He said the inclusion of their athletes who recently returned from the Commonwealth Games in Gold Coast, Australia would boost the teams’ campaign.

Rodan said both schools had prepared well for the meet and had a high chance of winning.

“ACS will be hard to beat this year especially with the return of their two athletes who took part at the Commonwealth Games,” he said.

“RKS will be a major threat for defending champion Natabua and former champion Marist Brothers High School and I won’t be surprised if RKS wins the boys title. These two schools have prepared well with the number of their top athletes in their teams and trained under national coaches.”

He said the standard for this year’s competition would be tougher as most athletes would use the event to secure a spot in the national team.

Rodan said there were three big world events this year and athletes had been urged to showcase their talents for a spot in the Fiji team.

“First up is the Olympics Junior Championship in Argentina in October and most of the athletes will be chosen from the Coca-Cola Games.

“We will also select a squad for the South Pacific Games in Samoa next year and the Asian Games, so these athletes are expected to lift their performance in their bid to win a spot in the national team.

“But the main target for these athletes is to give their best for their respective schools,” he said.

Rodan said Kameli Seduadua of RKS was expected to take out the senior boys 400m after his exposure at the Commonwealth Games likewise for the other athletes who participated at the games such as Shawntell Lockington of Xavier College.

The three-days event starts at 9am tomorrow.

Meanwhile, Vunisea and Richmond High School of Kadavu will not feature for this year’s game because of the devastation caused by Tropical Cyclone Keni last week.