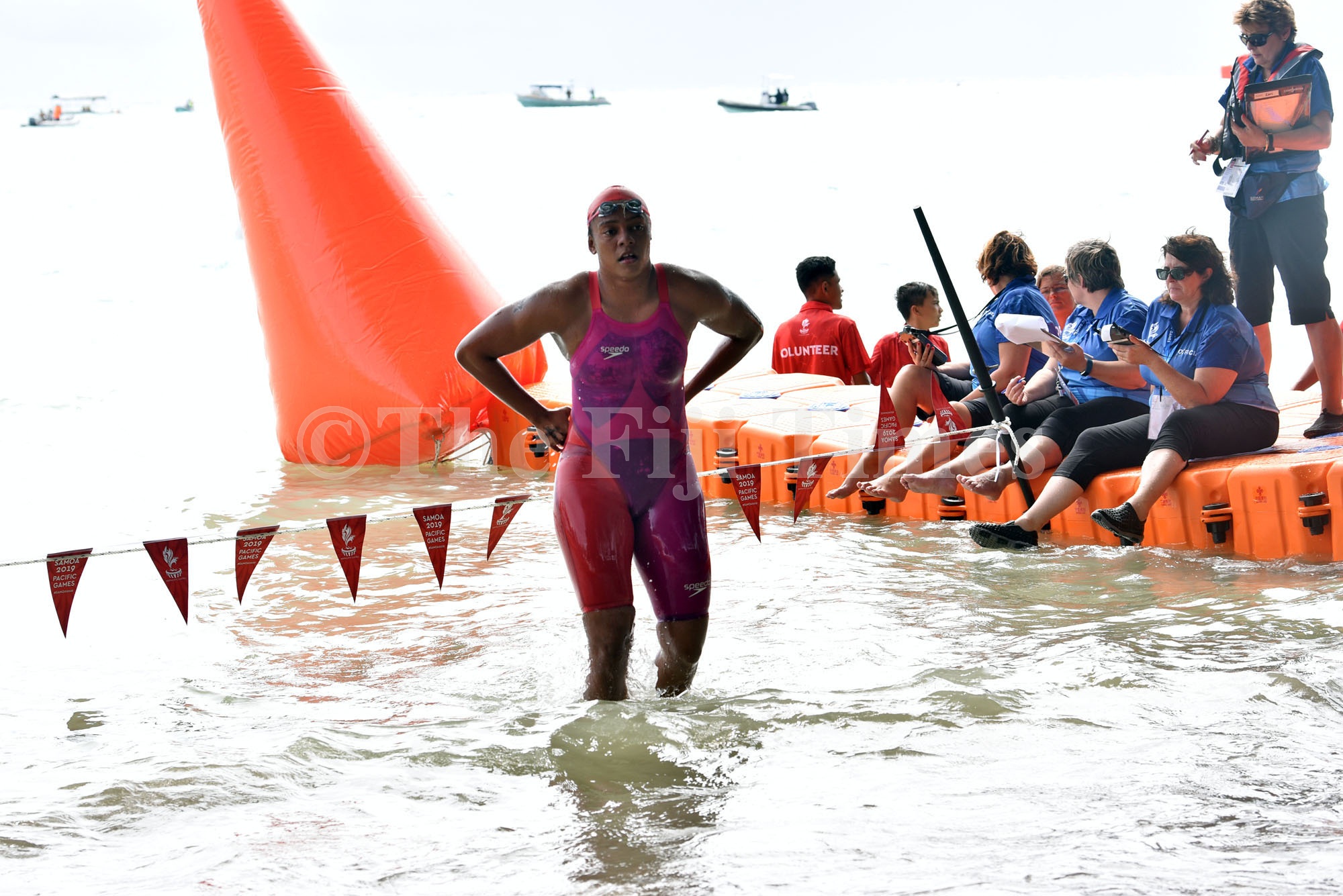 Matelita Buadromo while reaching the finish line to finish third in the open water swimming competition at the Mulifanua Sheraton Beach Resort in Samoa on Monday, July 08, 2019. Picture: JONACANI LALAKOBAU/FILE

OLYMPIAN Matelita Buadromo is vying for a spot alongside seven swimmers to the Tokyo 2020 Olympic Games which will be held in July.

Fiji Swimming general manager David Dugucanavanua said the eight swimmers who had sent in their expressions of interest to prepare for the Olympic Games had been given training schedules and programs to follow through till June this year.

“For the swimmers, once their expressions of interest were approved they were given customized itineraries and training schedules to suit them on their daily activities.

“They have started since November last year and they had been keeping up with their schedules along with their coach from their own clubs and that is apart from travelling over other international tournaments,” said Dugucanavanua.

The eight swimmers are Matelita Buadromo, Epeli Rabua, Taichi Vakasama, Moana Wind, Yolani Blake, Netani Ross, Cheyanne Rova and Temafa Yalimaiwai. A few of the athletes have been traveling overseas for international competitions since November last year to build up towards the Oceania Championships which will be hosted in Fiji as an Olympic qualifier.

“A few athletes have been going overseas as part of their preparation. We have Moana who is in New Zealand doing her training and before that Taichi and Yolani were with Moana in Australia competing in the McDonalds Queensland Championship.

“And while they are there, they are also following through with their customised training plans,” said Dugucanavanua. Dugucanavanua said the federation as well as the Fiji sport’s governing body, FASANOC had been monitoring the progress of the swimmers.

“There are only two spots available for the Olympics so the swimmers are under the watchful eye of the federation as well as FASANOC who are ensuring that these swimmers are following through with their training and their performance at outside meets,” he said.

The final naming of the athletes will be done after the Oceania Championships in June.