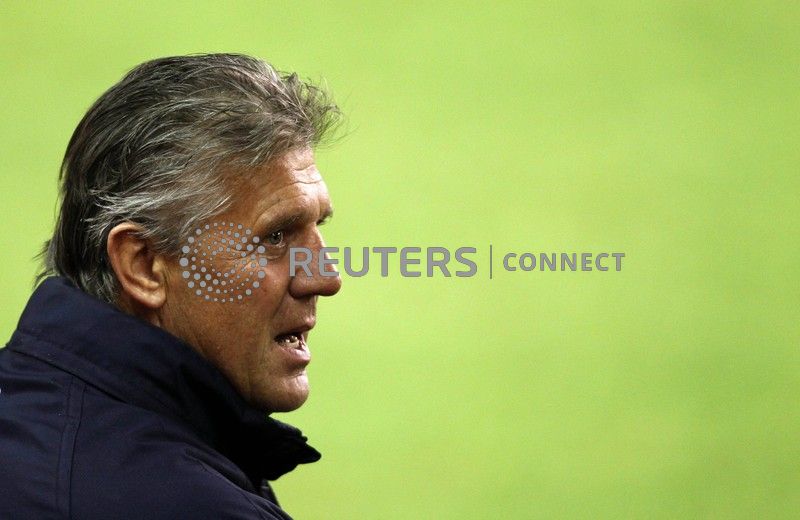 PRAGUE (Reuters) – The Czech Football Association dismissed its referee commission on Monday, including chairman Jozef Chovanec, three days after police raided the FA’S headquarters and other locations around the country and charged 20 people with corruption.

Deputy Czech FA chief Roman Berbr, who was among the 20 people charged with match fixing last Friday, handed in his resignation. He is in police custody.

Former secret police agent Berbr, 66, who has been an influential figure in Czech football, delivered his resignation via his attorney shortly before an extraordinary session of the country’s Football Association, the group’s chairman Martin Malik told a news conference.

“All of us, who are active in Czech football, we let this happen,” Malik said. “The situation which we are dealing with now is abnormal. It is an attack against the very essence of football. I cannot tell how big the impact will be.”

Malik said the association would cooperate closely with the police to create a special unit focusing on preventing match-fixing, similar to other UEFA members.

The Czech association has informed UEFA about the situation, he added.

Local media reported that the focus of the alleged match fixing was on the second and third tiers of Czech football with a number of referees also under investigation.

As part of a seven-point plan to address the situation, the executive committee ordered a review of the finances of regional chapters with a special focus on the area Berbr represented.

The association will also continue with its program of enlisting new referees and monitor both professional and amateur competitions to prevent potential match-fixing.

“Let me state that these seven points should only be seen as the beginning of a long journey during which Czech football… must regain the trust of fans, partners and the general public,” Malik said.