‘Too many children involved in accidents’ 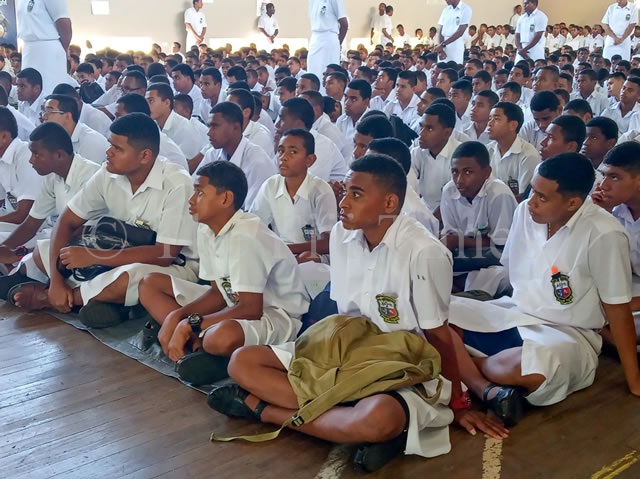 Marist Brothers High School students in an attentive mood during the launch of VIA, a global road safety education program in Suva on Wednesday. Picture: RAKESH KUMAR

THE Fiji Police Force states the number of young children involved in accidents is alarming.

SSP Divuana was speaking during the launch of the global road safety education (VIA) program at Marist Brothers High School in Suva on Wednesday.

“Some may argue that it is often the drivers who are at fault, which in some cases is true, however, there are other unfortunate incidents where a child’s lack of road safety knowledge has also been a factor,” he said.

“When you look at the number of young children involved in accidents between 2010 and 2019, the number is quite alarming. He said, “58 children between the ages of six and 10 years have been victims of car accidents during that period. For those aged between 11 and 15 years, there have been 73 victims.

“Of this total, there were 50 deaths recorded while 220 sustained injuries. The remaining were hospitalised for a short period and sent home.”

SSP Divuana said people should ask themselves where they had failed in providing children with adequate knowledge on how to keep themselves safe on our roads.

“As a parent, we try to educate and impart as much knowledge as possible to our children. “Imagine where those children would have been today if they had not become road fatality victims.

“Imagine the life and future they would have had.”

“This is why we are all here today to launch this partnership because we care about your safety, your future and your life.”