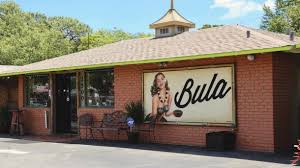 NUKU’ALOFA, (KANIVA TONGA NEWS) – Tongan professor Tēvita ‘Ō Ka’ili has forewarned Pacific countries of what he has described as a clear pattern of cultural theft after a US businessman trademarked Fiji’s traditional greeting, bula.

Ross Kashtan, owner of a Florida kava bar, has trademarked the word, which is the title of his business, Bula Nation Inc, as well as three bars. But of course, the word is also used by the entire nation of Fiji, and the trademark has angered some, Newshub has reported.

The Associate Professor of Anthropology at Bringham Young University in Hawaii reminded Oceanians that the Hawai’ian greeting and parting, aloha had already been trademarked recently.

“Dear Oceanians, we are witnessing a clear pattern of cultural theft. Last month, it was ‘aloha’. This month is ‘bula’. Next month…’tālofa’ or ‘mālō e lelei’,” Prof Ka’ili wrote on his Facebook account.

According to Newshub a Fijian woman and University of Hawaii professor Tarisi Vunidilo said she’s shocked. Fijians weren’t consulted, given how important the word is to them, and many have called the trademark cultural appropriation.

“Reversing it may be difficult, but this is to highlight to him that there are people behind that word that have this word that means so much to them,” she says.

Intellectual property lawyer Sebastien Aymeric says to have the trademark revoked someone would need to successfully prove it is offensive. He says that process won’t be easy or cheap.

“Legal proceedings in the US will be five to 10 times more expensive than here, so they’re probably looking at least hundreds of thousands of dollars.”

Aymeric says the trademark won’t impact anyone using the word bula outside of the US, but it could catch out anyone exporting products like kava with the word, including to the US.

Kashtan wasn’t available to speak to Newshub, but a barman at his Bula on the Beach says they’ve been inundated with angry messages.

“We have nothing but love and respect for kava and I know my boss is just trying to do good business,” he says.

It’s not the first time this has happened. In August a Chicago company caused outrage after it trademarked the traditional Hawaiian greeting, aloha. A bid by Fiji Airways to trademark 15 traditional tapa design prints in 2013 also caused upset.

“Money isn’t the issue for us,” says Vunidilo. “The issue for us is giving consideration for the people who own these words in the first place.”

She plans to start a petition to have the trademark revoked.