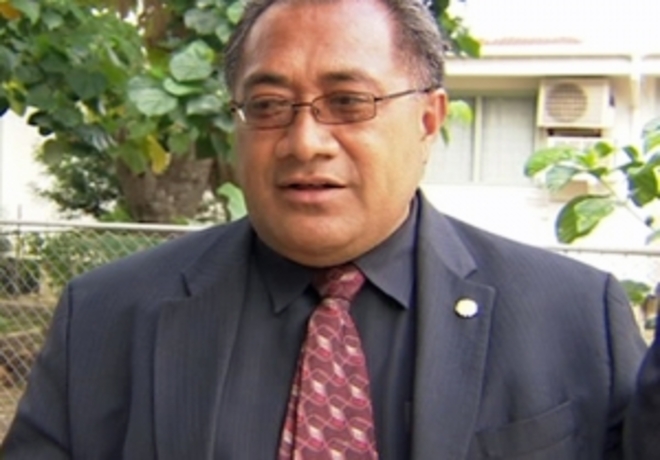 NUKU’ALOFA, 17 OCTOBER 2018 (KANIVA TONGA NEWS) – Tongan Parliament’s protocol has been questioned after revelations that about TP$200,000 (US$142,000) of taxpayers’ money would be used to pay non-Cabinet MPs and Parliament staff to travel to New Zealand to watch Mate Ma’a test play the Kangaroos.

Some Ministers believed the procedure which was used to approve the decision should be reviewed.

Kaniva news revealed that the decision for the money was not discussed in Parliament in the normal way where all MPs were allowed to have their say on the agendas.

Rather, it was made through a circular being circulated by the Acting Speaker Lord Tu’ilakepa to the MPs in which he let them know there was an invitation from the League Committee for the House to attend the Mate Ma’a Tonga test match in Auckland.

One of the Ministers said the process was legal.

However, he said: “I think the concern is why it was circulated and not brought to parliament as the House has been opened since September 18. It’s like hiding it. Otherwise it was legal, but the prudence of the decision is being questioned.”

The circular, which was mostly backed by nobility and independent MPs, did not have to be circulated to all MPs, implying it could be sent to the majority of them, some Ministers said, but they did not want to be named because they did not receive the circular.

Normally the Speaker, and in this case, the Acting Speaker, would then propose what he thought the MPs should do in response to the invitation, the Ministers said.

Part of this proposal was that if the receiving MPs agreed with the proposal they would have to sign the circular and returned it to the Acting Speaker.

In this case it is believed there was a proposal from the Acting Speaker to allow 10 non-cabinet MPs and four Parliament staff to travel to New Zealand for the match.

An executive box in Mt Smart stadium has been also paid for, along with the MPs’ travelling allowances and accommodation in New Zealand.

It appeared that majority of the recipients agreed with the proposal and the Acting Speaker had the final say to approve the decision so it was not have to be taken to the House to be debated and discussed.

However, as Kaniva news reported the son of the Prime Minister, Siaosi Pohiva slammed the decision and in his letter to the Speaker on October 10, he claimed the amount was more than TP$200,000.

The majority of reaction by the public on social media this morning to the news has been negative.

Some said the MPs  should pay their travel and other expenses from their pockets.

Some commenters  said the Mate Ma’a Tonga team players had sacrificed their pay and time so that the plan for test match could go ahead, but the MPs did not show the same spirit.

The Speaker of Parliament was contacted for a comment through the Chief Clerk.