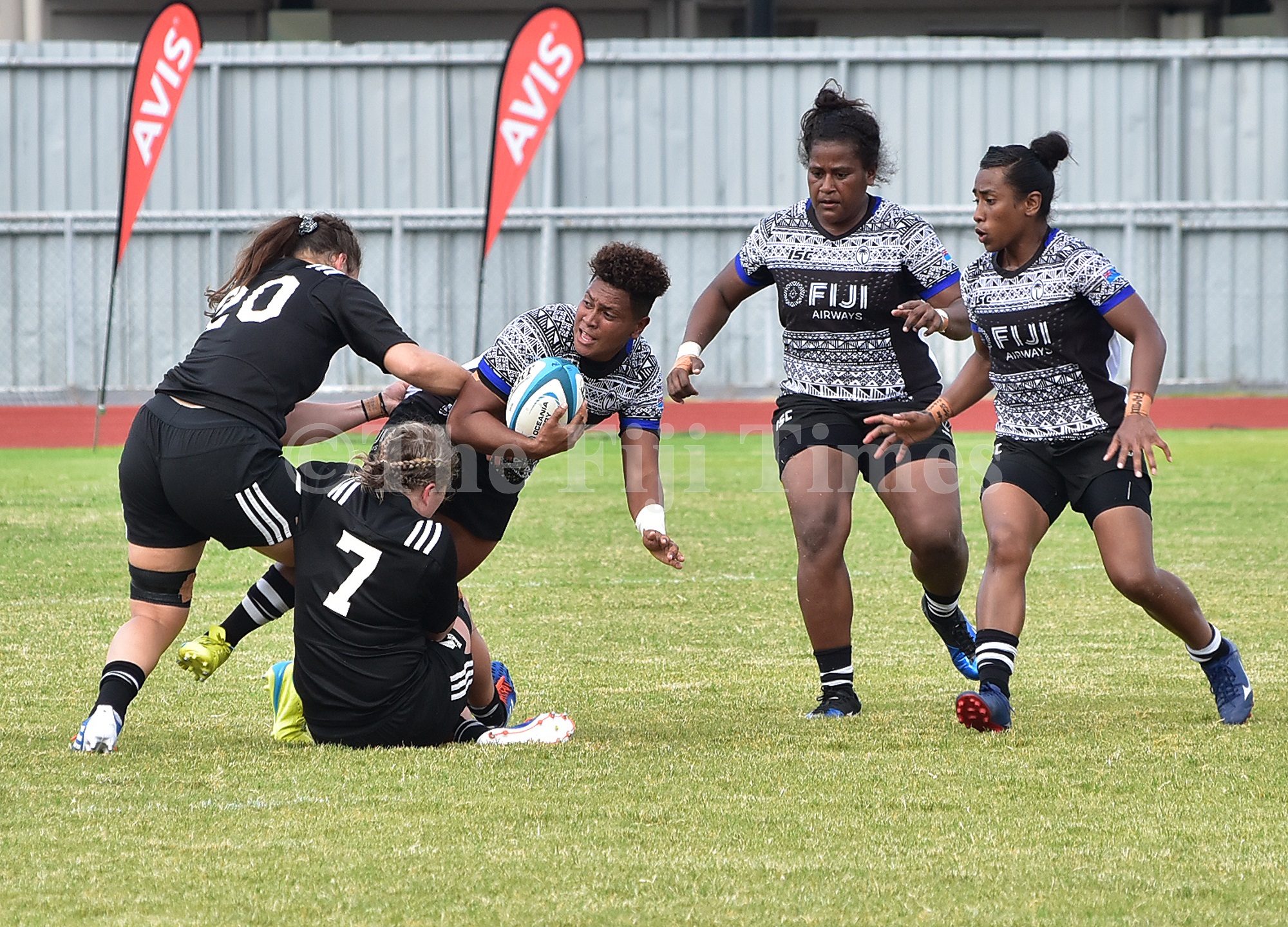 Lavenia Tinai in control for Fijiana Fiji side against New Zealand Back Ferns Development during their clash at Churchill Park in Lautoka. Picture: BALJEET SINGH

THE Tonga Women’s rugby team has withdrawn from the 2019 Oceania Rugby Women’s Championships following a decision made by the Fiji Ministry of Health with consultation from the World Health Organisation (WHO) in Nadi, yesterday.

The team were in quarantine for 18 days after an evaluation of their test results suspected measles earlier this week. Acting head of Health Protection for the Fiji Ministry of Health and Medical Services Dr Aalisha Sahukan said the risk of infection through contact was deemed too high for the Tongan players to participate in the tournament.

“Based on the knowledge of the pattern of test results seen for measles cases amongst young adults in Tonga, we have advised the Tongan Women’s team that they must be quarantined for the stated period,” she said.

“There is a risk that the teams they play against, and any other people they come into contact with during the infectious period of the disease, could be exposed and develop the disease.

“And those who potentially develop the disease could spread it to other people in Fiji, and overseas when the national teams return home.”

She added that the risk has been determined to be too high by the Fiji Ministry of Health and Medical Services, which is why they have advised on quarantine.

Executive Member of Oceania Rugby Cathy Wong said that the health and safety of the team and the general public was the uttermost priority for everyone involved.

“The decision to withdraw Tonga from the remaining rounds of the Oceania Rugby Women’s Championships in 2019 was a collaborative decision between all parties in the best interest of player welfare and public health,” Wong said.

“Public safety and player welfare dictate all our decisions on any given day and today is one of those days.”

As a result of Tonga’s withdrawal from the remaining rounds, an amended draw for the 2nd to the 4th round has been circulated to all teams.

In light of the tournament being a qualifying tournament for the 2021 Rugby World Cup, an announcement will be made by World Rugby in due course regarding Tonga’s withdrawal.

Round two of the Oceania Rugby Women’s Championships kicks offs today at the Churchill Park in Lautoka and tickets are sold at the gate for only $5.00.