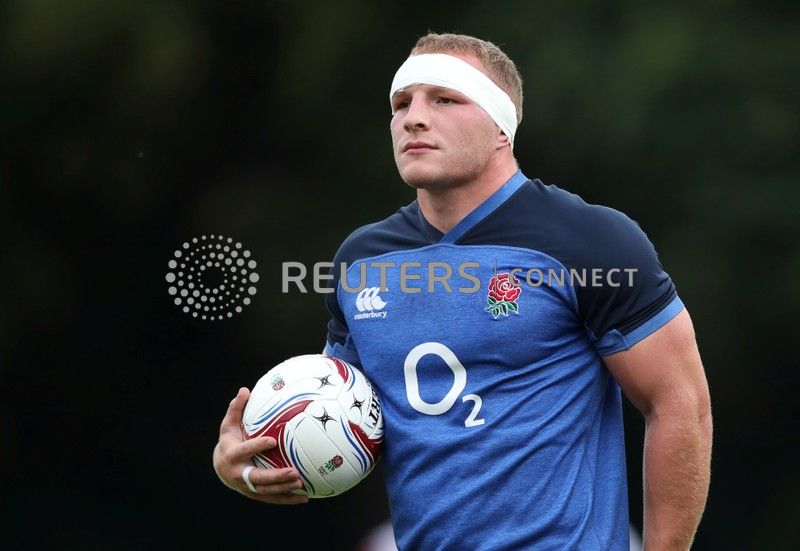 SAPPORO, Japan (Reuters) – Much of the conversation around England’s World Cup opener has centred around how they will deal with Tonga’s physical threat but flanker Sam Underhill says the Pacific islanders bring more to the table than just smash-mouth rugby.

The 23-year-old will make his World Cup debut when England take on the Tongans in Pool C at the Sapporo Dome on Sunday, with coach Eddie Jones keen to see him reprise his effective combination with Tom Curry.

Tonga are renowned for their physical brand of rugby and while England have to meet that challenge head on they must also look to play their own game, said Underhill.

“I think physicality is obviously a huge part of their game but we know they can play as well,” he told a media conference on Saturday.

“Their ability to play comes off the back of momentum, once they get going they are pretty hard to stop.

“I don’t think they are one dimensional at all, but meeting them physically is definitely a part of stopping their game.”

After becoming the first World Cup host nation to fail to make it to the knockout rounds in 2015, England are determined to put things right in Japan.

That could be bad news for Tonga, who were thrashed 92-7 by the All Blacks in a warmup match this month.

Underhill said the scoreboard would only tell part of the story, however. England had to win in style.

“Obviously the result is important but for us it’s the performance. If our performance is good then the rest should take care of itself,” he said.

“You can’t win without playing well, so for us that’s the biggest thing.”

After watching Russia give a good account of themselves in the opening match of the World Cup against hosts Japan, England attack coach Scott Wisemantel fully expected Tonga to rise to the occasion on Sunday.

“That’s actually an indication of what you’ll see at the World Cup, those teams will get themselves up for those games, particularly their first game of the tournament,” he said.

“I thought Russia were very smart last night. We expect the same from Tonga and afterwards with the United States in their first game.”

With so many attacking weapons to choose from, selecting the team to face Tonga was no easy task.

“We are not looking down the track, we think this is the best combination for Tonga,” said Wisemantel, adding that there had been plenty of discussion among the coaches about the starting combinations.

“We want competition and it’s a highly competitive group.”