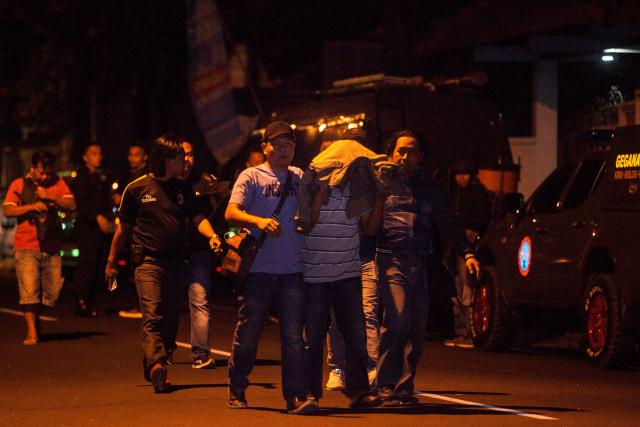 National police spokesman Mohammad Iqbal said the officers from the elite unit had shot the suspects after being attacked with “sharp weapons and a firearm”.

Iqbal’s statement said the men were believed to be members of Jemaah Ansharut Daulah (JAD), a loose grouping of hundreds of Islamic State sympathizers that is on a U.S. State Department terrorist list.

The majority-Muslim Southeast Asian nation has faced a surge in homegrown Islamist militancy in recent years. In May, around 30 people were killed in suicide bombings in Surabaya, the deadliest attack in over a decade.