Toll rises to 19 from violence in Indian capital: hospital official 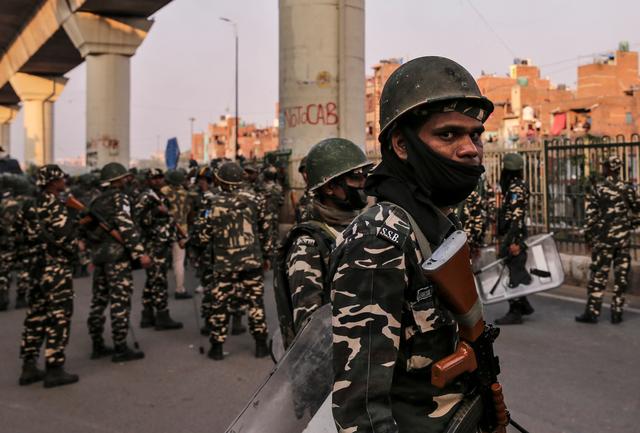 Paramilitary troops patrol in a riot affected area after clashes erupted between people demonstrating for and against a new citizenship law in New Delhi, India, February 25, 2020. REUTERS/Danish Siddiqui

NEW DELHI (Reuters) – At least 19 people have been killed in the Indian capital during clashes between opposing protesters over a new citizenship law, a senior hospital official told Reuters on Wednesday, even as an eerie calm descended on some riot-torn areas of New Delhi.

“There are 15 patients in critical condition,” the hospital official from the Guru Teg Bahadur Hospital told Reuters, adding that a total of 19 people had now died at the facility. Police used tear gas and smoke grenades, but struggled to disperse stone-throwing crowds.

The clashes, which coincided with a visit to India by U.S. President Donald Trump, erupted early this week between thousands demonstrating for and against the new citizenship law introduced by Prime Minister Narendra Modi’s Hindu nationalist led government. Critics say the law is biased against Muslims and undermines India’s secular constitution.