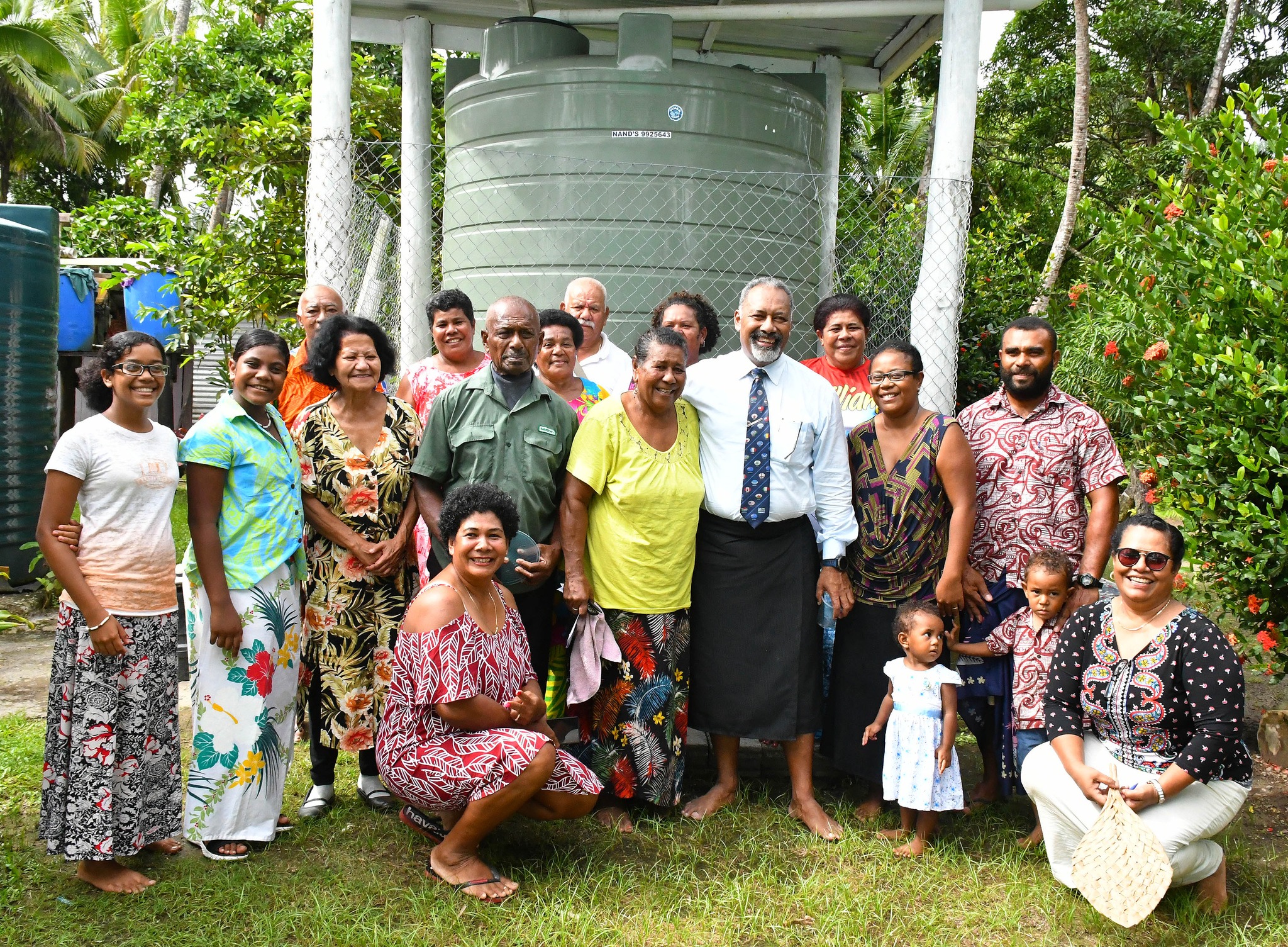 Eleven households at Togoru, Navua will now have access to clean and safe water after the commissioning of the Togoru-Taiperia water project last week Friday.

The $15,000 investment was officially handed over by the Minister for Rural and Maritime Development, Sakiasi Ditoka with the assistance of the United Nations Development Programme through the risk development phase.

This project which is the first of its kind in the area will have a positive impact on the daily lives of individuals, including vulnerable groups such as women, children, senior citizens and persons with disabilities

“We all know that water is a necessity for life. Access to clean and safe water is one of the sustainable development goals that Government is committed to achieving for our people,” Mr Ditoka said.

“Your government is bringing you a new standard of infrastructure that will address your community request needs in accessing more consistent, clean, and safe drinking water, which has been an issue in the past,” he said.

“The facility handed over today may be a small investment but will help members of the community in normal times and during times of disaster. I urge you to look after it well.”

“It would be remiss of me, not to mention the work of the former government, and we thank them for what they’ve managed to do.”

“Our young ones don’t want to live here anymore. They are moving away to places that have running water and power and where climate change is not threatening to claim their homes,” Ms Wise said.

Mr Ditoka assured residents of Togoru-Taiperia that the government will work alongside them to address issues they have raised.

The completed project involved the construction of a water tank shed, tank basis guttering, and piping system for the rainwater harvesting sites.