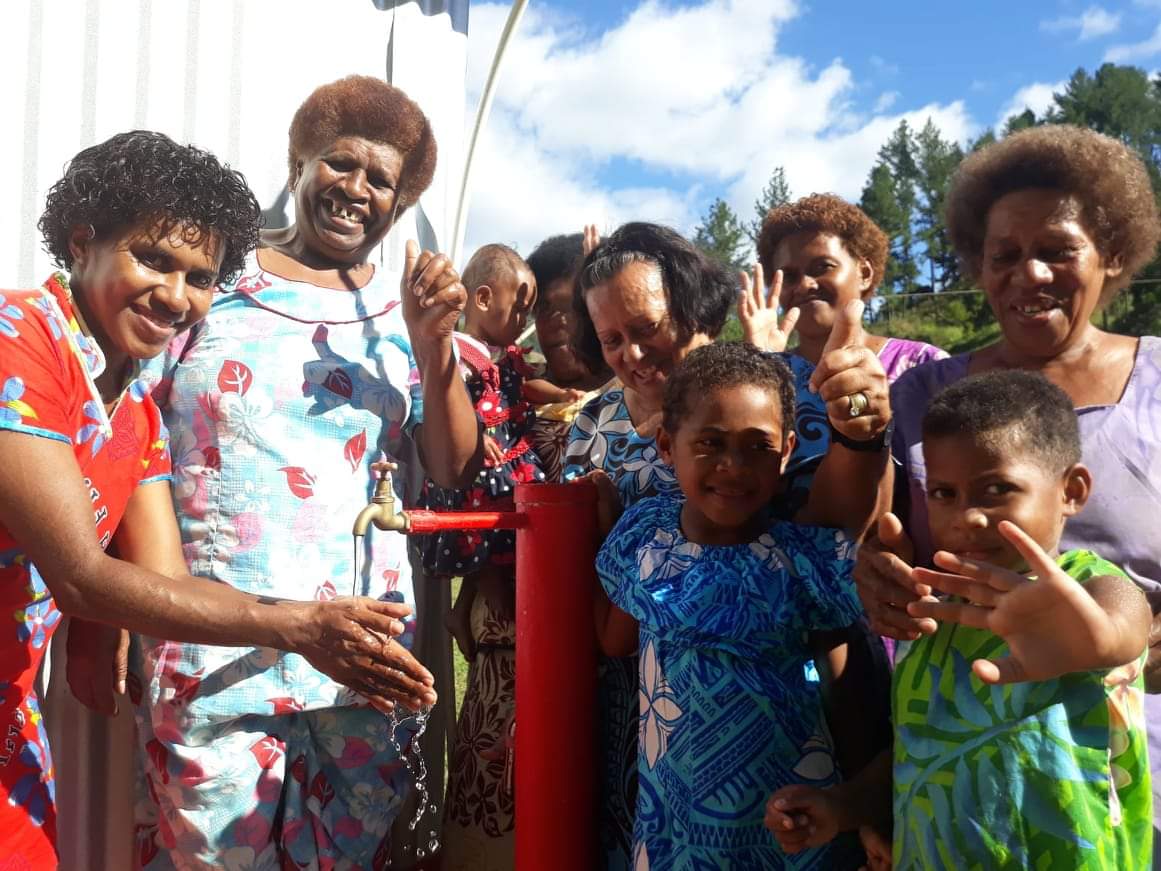 Happy faces of Women from Tubenasolo after the official handover of water supply system from the Japanese embassy in partnership with Habitat for Humanity Fiji today in Nadi. Picture: SOPHIE RALULU

IT WAS a day of celebration for the people of Tubenasolo in Nawaka, Nadi, after they were provided their own upgraded water supply system under Japan’s Grant Assistance for Grassroots Human Security Projects.

Road conditions are tough for vehicles access and people had to either walk or go on horseback for an hour to reach the village.

Village headman Iliesa Naqiri said their women now had something less to worry about, after the built water system, which now allowed them to access tap water and flush toilets near their homes.

“Before, our women have had to wash clothes, get water for drinking and cooking from the nearby river. Now they don’t have to worry about all that,” Mr Naqiri said.

He added the village faced a decline in number after many of their people moved out to pursue jobs and education.

Tubenasolo Village and Naga Village were both gifted the upgraded water system worth FJ$142,887.