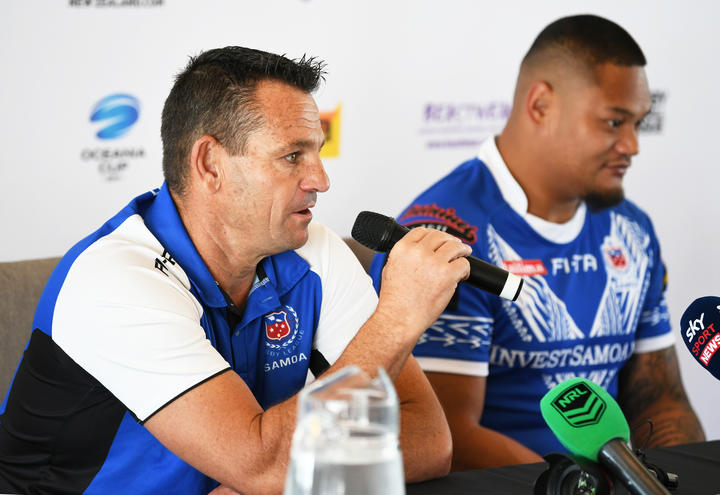 Toa Samoa rugby league coach Matt Parish has welcomed the prospect of the Johns brothers and Sonny Bill Williams joining the team’s coaching staff, although the idea already seems dead in the water.

Speaking on Fox Sports at the weekend, Matthew Johns said he and younger brother Andrew wanted to help Samoa emulate the success of Tonga in the international game and had spoken with Sonny Bill Williams about forming a possible coaching trio.

Parish has been in charge of Toa Samoa since 2013 but did not view the comments as a threat to his position.

“We’re happy to have them involved. The Board is united and we’ve spoken about it since this has come to air,” he said.

Matt Parish is yet to speak with the former NRL stars but was keen to follow up on their offer.

“Rugby League Samoa has had no contact with either Matthew, or Andrew, or Sonny Bill Williams, but I’m hopeful of reaching out to them in the next couple of days to secure their interest and commitment to Samoa.”

“We had discussed actually approaching Sonny to be involved anyway in our World Cup campaign, but we haven’t made any plans moving forward because we’re not a hundred percent sure the World Cup is going ahead at this stage.”

Thanks but no thanks

Prospects of a new-look coaching teach appear unlikely, however, with Matthew Johns insisting the trio would only help Samoa in they had full coaching control.

Speaking on Fox Sports last night, the 49 year old said the brothers were not interested in coming on board as assistant coaches.

“If you wanna make big changes you don’t do it laying out the witches hats, he said.

“They just came out and said we’re on a path, we’re going to go that way, and I respect that so case closed.”

Matt Parish led Samoa to the last two World Cup quarter finals, although they failed to win a game in the 2017 tournament.

Despite losing eight of their past nine Tests, Parish believed Samoa could compete with the likes of Australia, Tonga and New Zealand if they are were able to secure their best players.

“We’ve had problems in the past securing players that we want, and we have got some wonderful young players, but in the past we have struggled with leadership amongst the playing group.”

Parish said the addition of the former Newcastle Knights and Sydney Roosters premiership winners would strengthen the Toa Samoa environment.

“We all know as sportsman, all the top teams in the NRL, they’ve all got strong leaders on the field and that’s something that we need to develop amongst our group, and having these guys involved will only strengthen that.”

“I believe in having Sonny, Matt and Andrew, and people with that ink involved, it would be invaluable for the devlopment for these guys.”