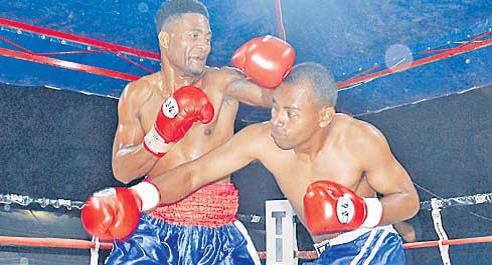 Gaunavou has defeated Nereo Cakautini, Wahid Khan and Samuela Foster but lost to Savenaca Naliva and Johnny Singh in his past fights.

The nephew of former Naitasiri boxer Iowane Delatabua will be using this fight to build on his reputation before challenging for a title.

South Pacific Boxing director Mohammed Shameen said Gaunavou had the potential to become one of the best boxers in the country.

He said Gaunavou proved his worth when he replaced the injured Joseph Kwadjo in 2017 to fight Savenaca Naliva. Gaunavou lasted 10 rounds but unfortunately lost on points to Naliva.

Shameen said the upcoming fight against Sete would be a good opportunity to stamp his mark.

“He is a dedicated and hardworking boxer who is not afraid of anyone,” he said.

“He is still young but has defeated some big names.

“The upcoming bout will be a good chance for him to build on his reputation before challenging for a title.”

Shameen said Sete, on the other hand, would also be out for a win.

“Sete will be also chasing a win and it will be a tough challenge for him.”

The duo will battle in one of the extra supporting bout leading to the much anticipated Boxing Commission of Fiji light heavyweight title contest between Joseph Kwadjo and Savenaca Naliva.