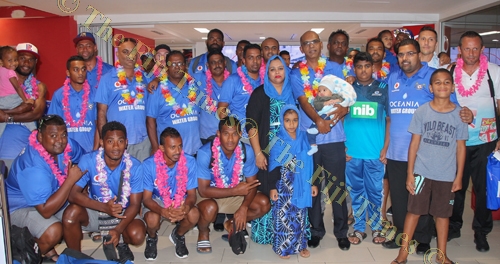 The winner will be the OFC representative at the 2018 FIFA Club World Cup in the United Arab Emirates.

“If we are on the same page again in the final, we can reach a marvellous result” said Gamel.

“It is difficult to beat Wellington, but everything is possible. A lot of sacrifices and hard work is needed to be made by the players and officials until the final.”

Gamel said striker Osea Vakatalesau and skipper Beniamino Mateinaqara were the only two local players being exposed regularly to this type of competition “Players need to be mentally fit for this type of high level games even though we didn’t have the experience compared with Wellington.”

“The players are responding well to the training and we need to maintain the consistency we started from the pool games.”

The side returned home on Monday and will face Wellington on May 13 and 20 in a home and away series.