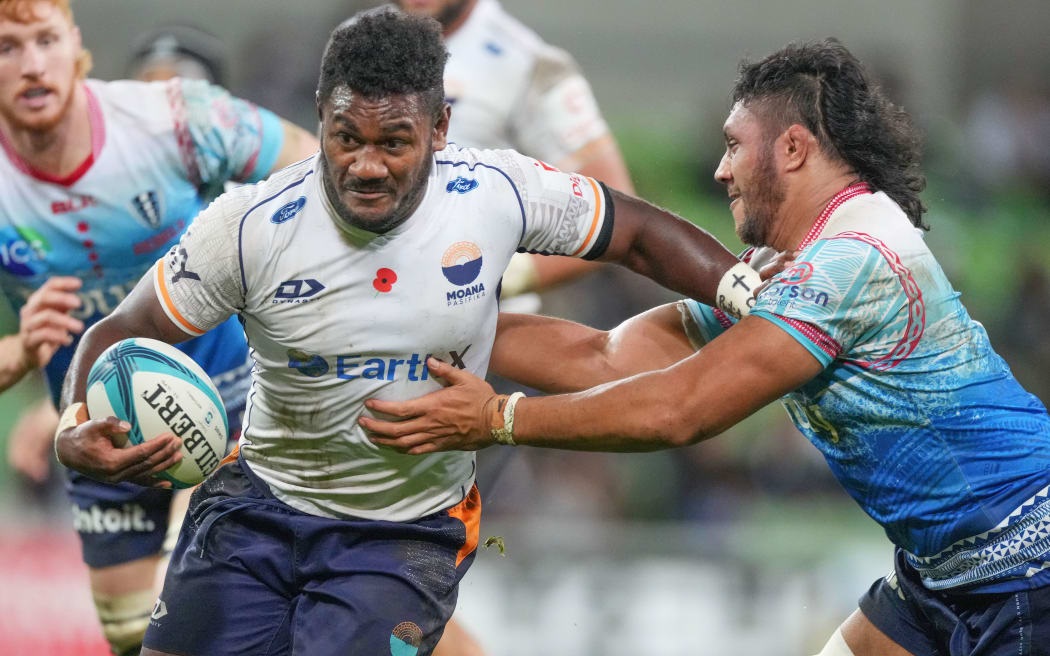 Timoci Tavatavanawai became one of the Super Rugby Pacific stars of 2022 while playing for Maoana Pasifika. Picture: FILE

He has re-signed with Moana Pasifika for next season.

The Fijian flyer finished the 2022 season with 57 defenders beaten in 8 games, the most out of every player in DHL Super Rugby Pacific, Moana pasifika reported.

His strength, skill and explosive power saw him collect the Tuifa’asisina Sir Bryan Williams Cup for the Back of the Year.

Tavatavanawai, known as ‘Jimmy the Jet’, also received the Maui award for the best attacking player of the year.

Moana Pasifika head coach Aaron Mauger is delighted to have the 24-year-old back in the blue jersey for next season.

“He was sidelined in the early stages of the season and fast became a popular team man through his desire to serve his teammates and help get the best out of the men taking the field,” he said.

“When Timoci was given his first opportunity, he made it hard for us to relinquish his spot on the wing. His explosive power and acceleration off the mark made him the most illusive man in Super Rugby Pacific. He brings an infectious energy in to our environment and will light up Mount Smart next season.”