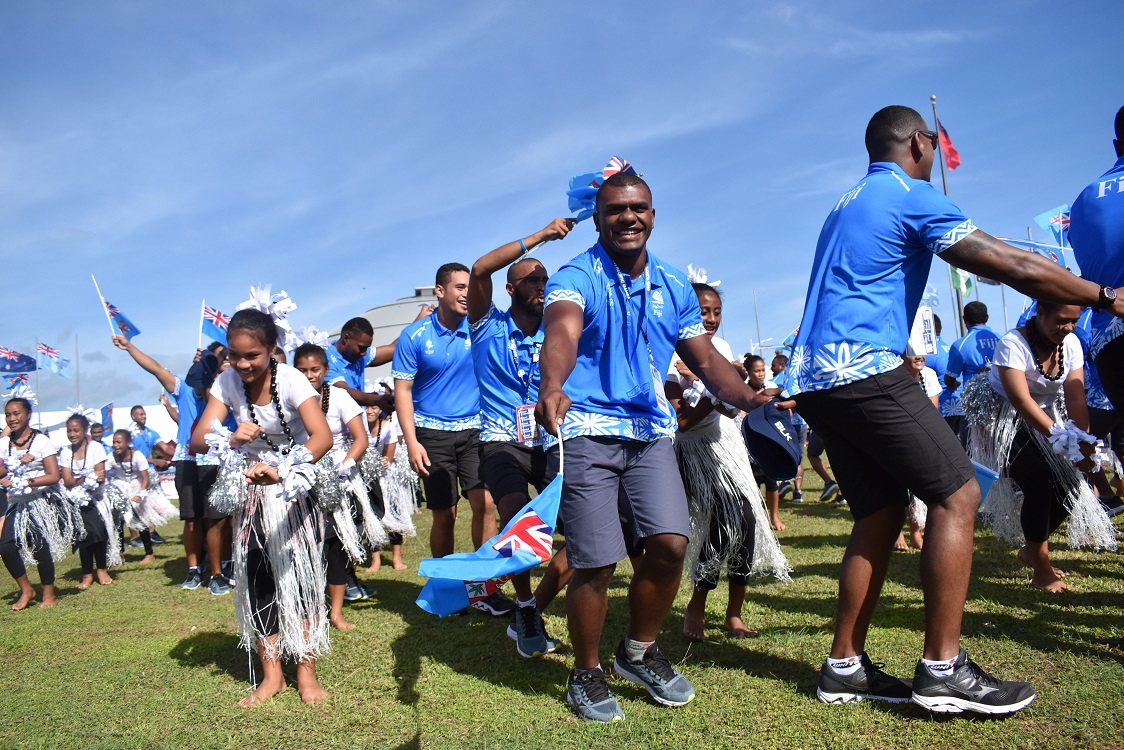 Talofa! That means “welcome”, to beautiful Samoa that is.

This proud independent island nation which is the host of the 2019 Pacific Games is not only blessed with stereotypical natural beauty, but is also blessed with its traditions and culture like any other Pacific Island.

And during The Fiji Times teams second day in Samoa we’ve come to understand “the Samoan way” which is the traditional code of behaviour and governance that is the backbone of Samoan society even until to this day.

This was clearly depicted in the flag raising ceremony for the final eight countries at Mulinu’u yesterday.

Schools adopted a country by learning their national anthems, songs, dances and cheers for their teams paid tribute to their respective adopted countries yesterday.

We were very fortunate enough to have been part of the ceremony which began at 9am and ended about midday.

Team Fiji of course stole the show when they joined in with their adopted school Solesole Primary School performing the famous “tuiboto”.

The weather here in Samoa is beautiful and it just feels we’re still at home.

But as it is, the show must go on for us as we had to file our reports and other stuff to send back to the office and to enjoy the Saturday afternoon before the 16th Pacific Games officially begins today.

We also had the privilege of catching up with Iva Nataro, a former employee of The Fiji Times who is now employed with the Samoan Observer.

So until tomorrow “tofa”.