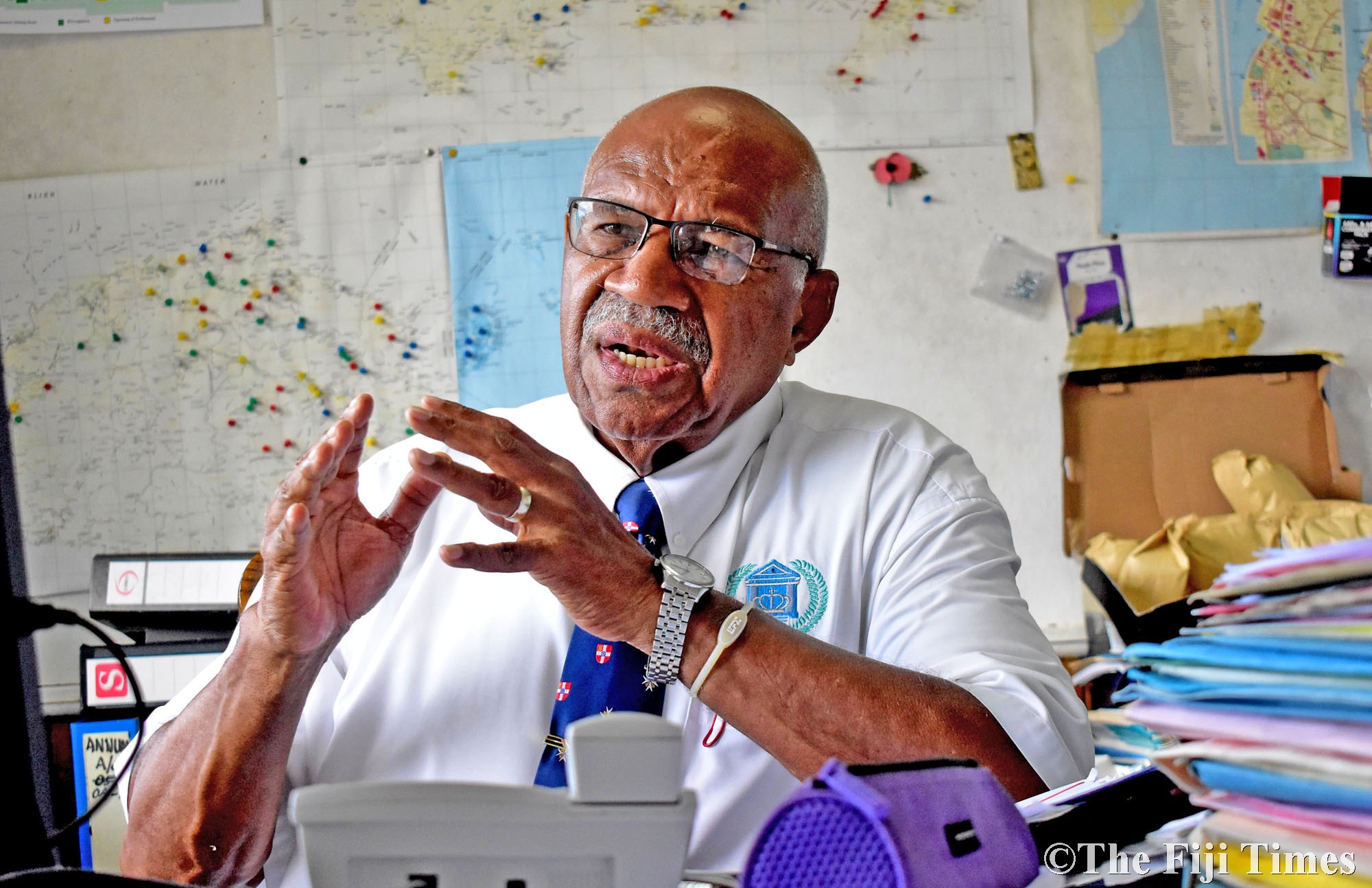 The People’s Alliance party is ready to go to the polls, says party leader Sitiveni Rabuka.

However, he said the timeframe for the coming general election recently announced by Prime Minister Voreqe Bainimarama was “unreasonable”.

“As an example, the time for pre-polling votes to be taken into the national count centre should be considered. The logistics of delivering ballot boxes to the count centre will dictate whether the count would take 24 to 48 hours,” Mr Rabuka said.

“Another point of concern was the high number of registered voters that have gone overseas under the Australia and New Zealand seasonal workers’ schemes.

“Overseas-based voters who were registered in their own domains here in Fiji, their own areas of residence, they were probably registered to vote in Drekeniwai, Navatu, but they have now become members of the Pacific Australia Labour Mobility (PALM) scheme, in which case they should have applied for postal ballot.

“They should have worked out the logistics of all that so that all the votes, pre-polling and the overseas votes, are available on counting day and there should be enough time for the nomination, the picking of numbers, all those things to be set out so that people come in on their polling days ready to pick the candidate of their choice.”

Mr Rabuka said the electoral process must ensure all the votes were in before the count.

“In fact, election is happening from when the pre-polling votes are collected or cast and also the overseas-based voters cast their postal ballot votes.

“An election count should not take long. But in the lead up to the count when all the votes are collected – the Prime Minister should be able to tell us accurately those things.”

Mr Rabuka said when The People’s Alliance party was registered, it was done with the understanding of the framework of the 2013 Constitution and when the next election should fall.

He said they were yet to finalise the remaining provisional candidates but was confident that everyone was ready.

“We went into the registration period for that, and we are ready.

“We have done our selections, we are finalising the remaining names to be announced, they have been informally told and the provisional candidates are ready, all 55 of them.”