Time to relect on faith-Ravoka 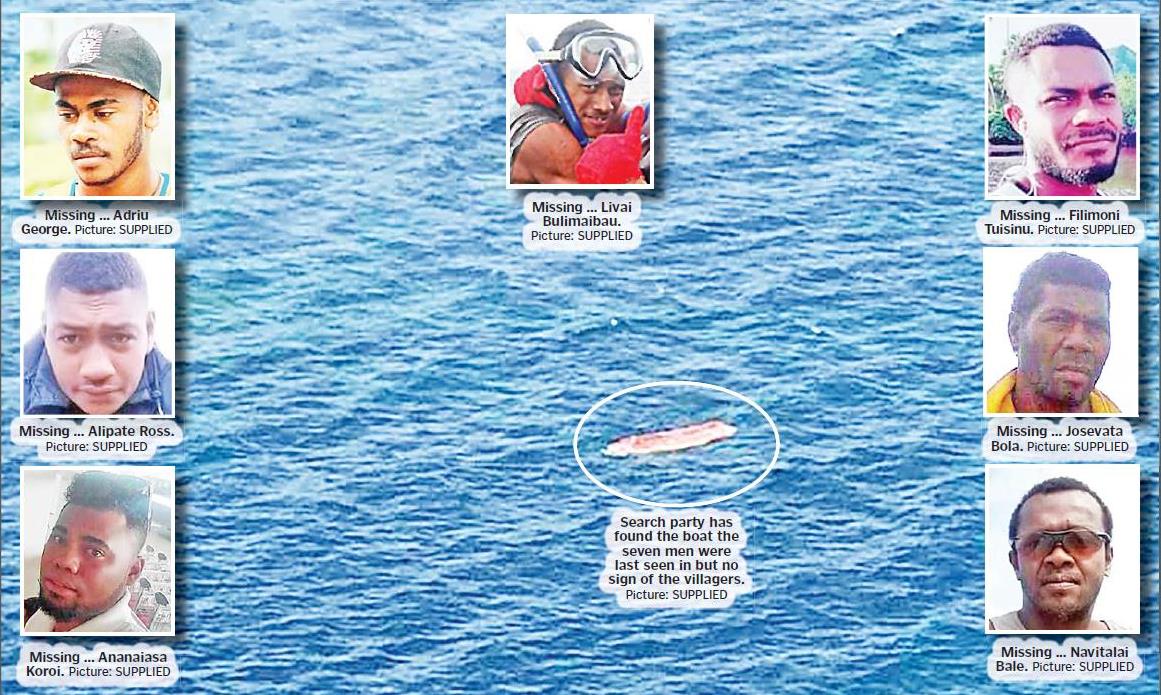 Six young men in their 20s are among the seven missing at sea after leaving for Levuka on Boxing Day on a yellow fibreglass boat from Nawaikama, Gau. Picture: SUPPLIED

THE disappearance of seven men of Nawaikama Village in Gau at sea should be a timely reflection for the villagers on their faith as Christians, says Methodist Church of Fiji and Rotuma Minister, the Rev Biusena Ravoka.

While delivering a moving sermon before hundreds of Nawaikama villagers at Nasole Methodist Church in Nasinu yesterday, Mr Ravoka said the church service was to commemorate the lives of those seven men and also a time for the village to see where they had gone in their walk with Christ.

The seven left Nawaikama for Levuka on Ovalau on board a fiberglass boat to do some shopping on Christmas Eve, but failed to return. Mr Ravoka reminded the villagers that in times of tribulation, they should seek divine intervention to give them peace.

“For you parents of the seven missing, pray for peace and healing to be restored in your individual families.

This time will pass and I hope that you will all remain firm interceding in prayer in this hard time that the village is going through,” he said.

Waisale Vuetilovoni, 53, father of Ananaisa Koroi who was one of the seven missing said the incident could have been avoided if his son had listened to his advice.

“He was my only son and I used to give him everything he wanted,” Mr Vuetilovoni said.

“I used to spoil him, but when I tried to change things for the better, it was late. I miss him every day,” he said with tears streaming down his face.

Mr Vuetilovoni said the sermon delivered during the church service was a timely reminder for villagers to always take precaution.

“I still can’t believe that my son is gone and the most painful thing a parent can go through is losing a child,” he said.