Tikoduadua: We do not agree with FEO 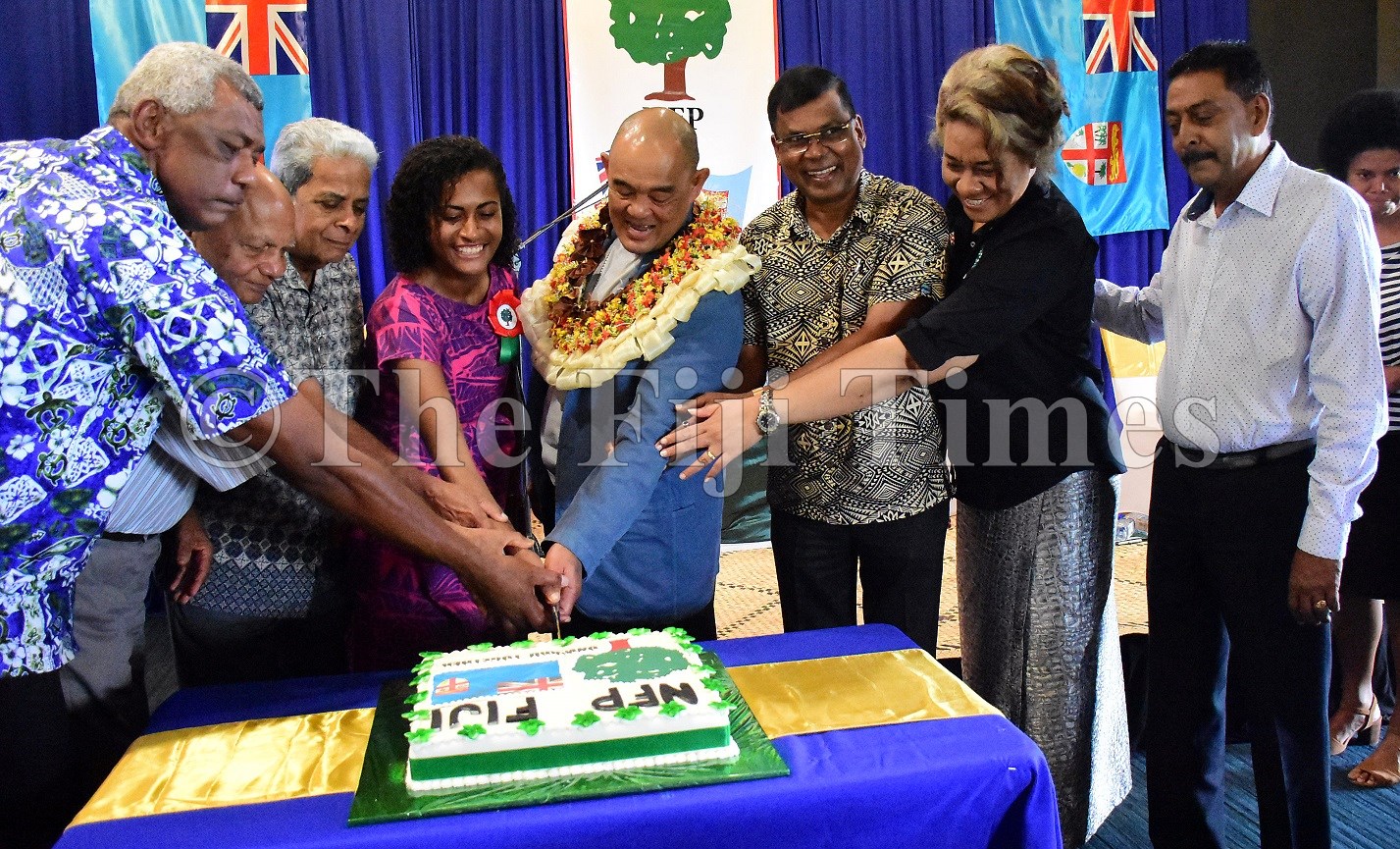 Head of the Catholic Church in Fiji, Archbishop Peter Loy Chong (with garland) and executives of the National Federation Party cut the cake during the party’s annual general meeting at Albert Park in Suva yesterday. Picture: ATU RASEA

The National Federation Party says it does not agree with alleged discrepancies that the Registrar of Political Parties raised against them.

However, NFP president Pio Tikoduadua, while speaking at the party’s annual general meeting at Albert Park in Suva yesterday, said it was clear that in some cases the party’s record keeping and accounting needed to be sharpened.

He said it was his job as president to get things in place.

“I am the president of the party. It is my job to make sure that the party gets this right. We will work with the registrar and his team, and our new auditors, Naiveli and company to answer his questions,” Mr Tikoduadua said.

He reassured members and supporters that no one had alleged that funds had been misused or stolen.

“And that is not the case. There is very little money to misuse anyway. We are a small party.

“Other parties seem able to collect millions of dollars in donations. We are not so lucky.” Meanwhile, the party has been given 21 days by the Fijian Elections Office to rectify errors and furnish its annual audited account.

Supervisor of Elections Mohammed Saneem had stated that the list of donations submitted by NFP were not true.