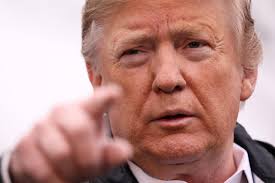 WASHINGTON (Reuters) – When Donald Trump spoke with Boeing CEO Dennis Muilenburg on Tuesday to get assurances about the safety of the 737 MAX plane that crashed in Ethiopia, he wasn’t talking to a stranger. The U.S. president, who owned his own airline, Trump Shuttle, from 1989 to 1992, is an aviation enthusiast. Before becoming […]