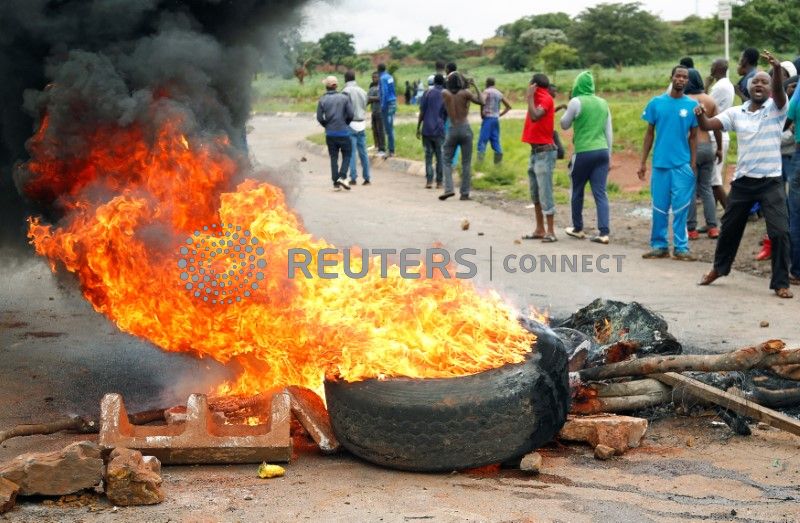 Protesters stand behind a burning barricade during protests on a road leading to Harare, Zimbabwe, January 15, 2019. REUTERS/Philimon Bulawayo

HARARE (Reuters) – Three people, including a police officer, were killed in Zimbabwe on Monday during protests against a sharp hike in fuel prices, police spokeswoman Charity Charamba said.

The police officer was stoned to death by protesters in the city of Bulawayo, while two people died during protests in Chitungwiza, a town south of Harare, and Kadoma, a town 141 km west of the capital, Charamba said.

Separately, Zimbabwe’s Information Minister Monica Mutsvangwa said she was not aware of an alleged shutdown of the internet.