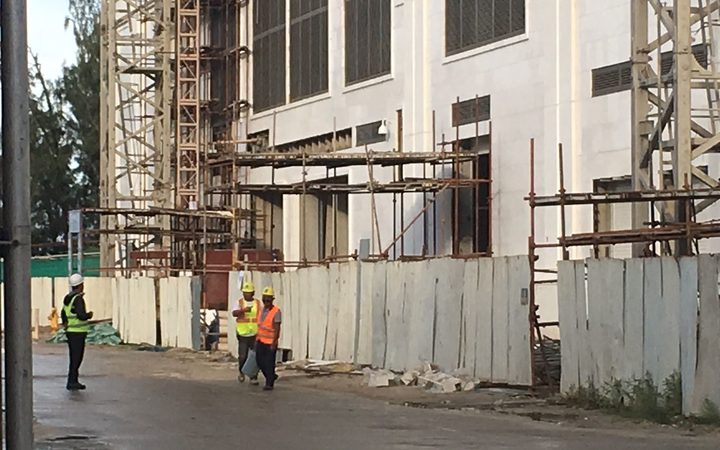 Three construction workers at the Imperial Pacific International’s resort project in the Northern Marianas were injured when the scaffolding they were using collapsed last Friday.

The three were local resident workers, two Chamorro and one Chuukese, who were immediately rushed to the emergency room of the Commonwealth Health Center.

One of the workers said he would have surely died if they didn’t fall on the garden at the casino site in Saipan.

He added that just over half a tonne of marble was on the scaffolding with them and they were lucky none of the material fell on them.

The construction worker sustained three broken ribs, a broken ankle and a huge laceration to his forehead. The two others also had serious injuries.

This is not the first time an accident happened at the construction site.

A Chinese worker, 43, was killed at the site in 2017 after falling off scaffolding.