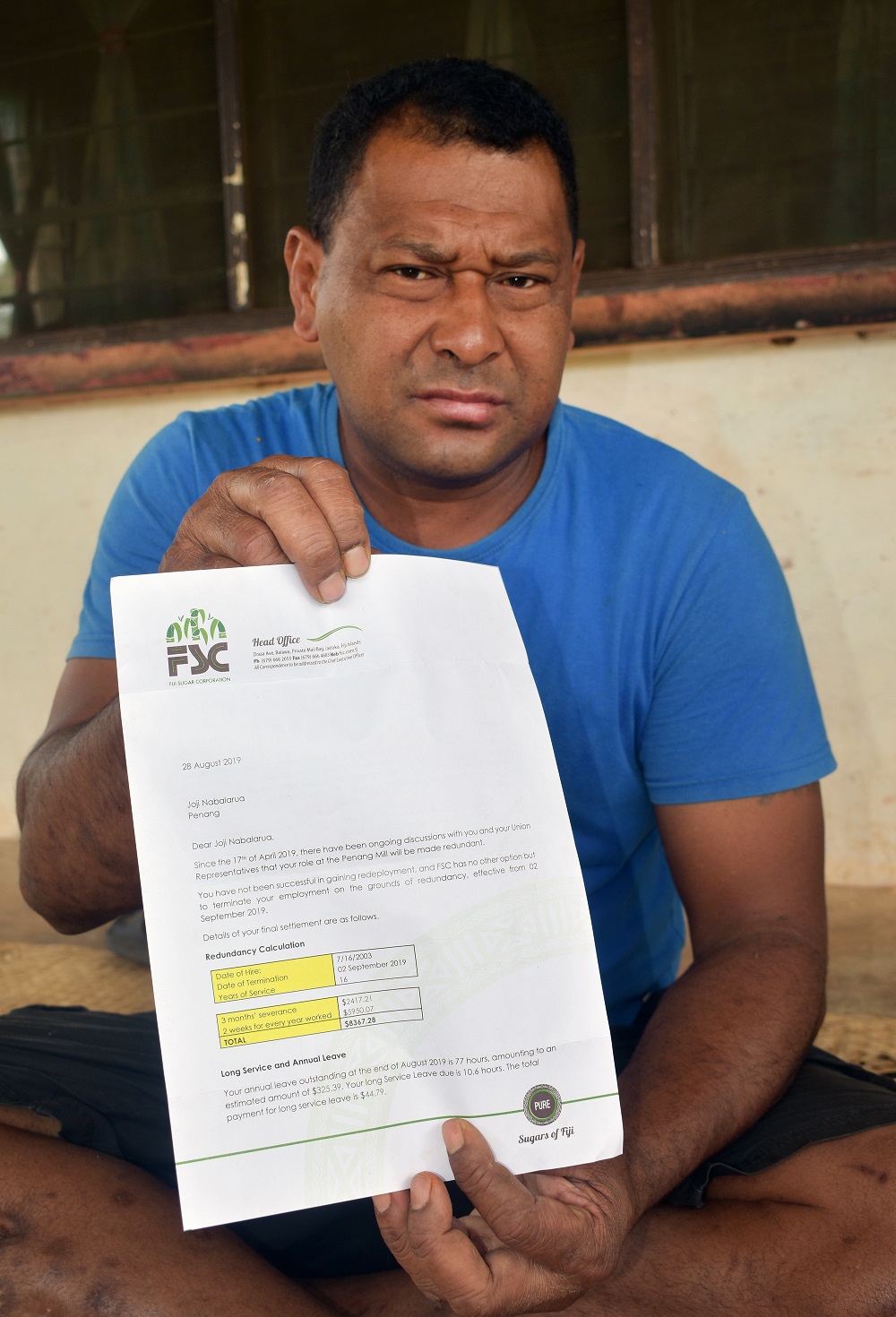 WITH the departure of Joji Nabalarua from the Fiji Sugar Corporation, three generations of his family’s service to the company came to an end on September 2, 2019.

Mr Nabalarua’s father, Josua Naduva, and grandfather, Lovovi, had also worked for the FSC at the Penang mill.

“I felt upset when they told me to go home and I won’t have a job,” said Mr Nabalarua.

He was a loco driver in Penang and became a plumber off-sider at the Rarawai mill.

With his skills in carpentry, Mr Nabalarua is hoping to go overseas.

“I have an uncle in Australia who is willing to sponsor me to go there and get a job. If all goes well, I will take my family over also.”

Mr Nabalarua will use part of the $9700 to renovate his grandfather’s house where he is staying.

“My father and my grandfather both worked for FSC and the least I can do is to repair parts of this house.”

“For now I worry about educating them if my plans to go overseas fail.”

He is among the 104 FSC workers who were laid off from work.