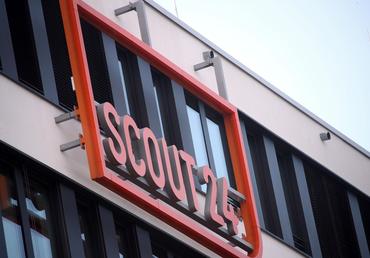 FILE PHOTO: The headquarters of Scout24, an operator of digital marketplaces for real estate and automobiles, is pictured in Munich, Germany July 5, 2019. REUTERS/Michael Dalder

FRANKFURT (Reuters) – German classifieds group Scout24 (G24n.DE) has picked three private equity firms for the second round of bidding for its autos unit AutoScout24, people close to the matter said on Thursday.

Permira, Apax and Hellman & Friedman have been allowed to proceed in the auction for the unit, which is expected to value AutoScout at 2-2.3 billion euros ($2.2-2.6 billion), they added.

Softbank-backed used-car dealing platform Auto1 had offered to buy AutoScout in the past, only to be turned down by Scout24 earlier this year.

Two people familiar with the matter said Auto1 had not made an offer on its own this time around, while a third person said that it joined forces with Hellman & Friedman in the bidding for AutoScout.

AutoScout24 – which operates in Germany, Italy, the Netherlands, Belgium and Austria – bills itself as the largest automotive digital marketplace in the European Union. It lags eBay’s (EBAY.O) mobile.de in its home market, however.